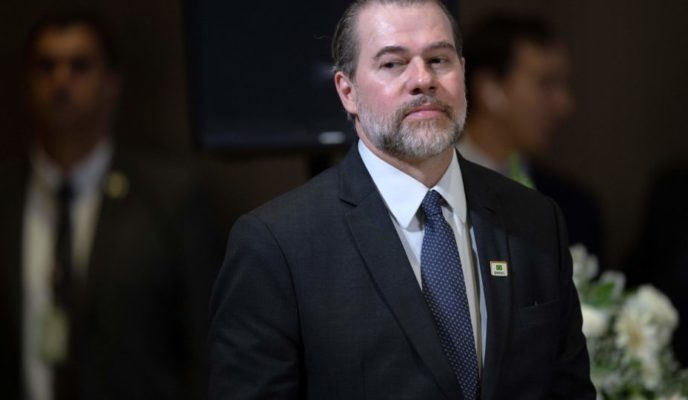 The Brazilian Federal Supreme Court overruled by six votes to five its previous decision which allowed the arrest of convicted criminals after losing their first appeal, in a controversial decision which may free several notorious convicts, including ex-president Luiz Inácio Lula da Silva. Justice and Public Safety minister Sergio Moro signed a police cooperation agreement with five other Mercosur ministers. An investigation made by a Parliamentary Inquiry Commission discovered several irregular and exorbitant spendings in São Paulo’s three public universities. One of them, the University of São Paulo, announced the creation of a breakthrough stem cell bank in Brazil, which will help treat diseases in 90 percent of the country’s population. Finally, after a tragic incident in California during a Halloween party which ended with five people dead during a shooting, real estate rental app AirBNB announced several measures, including the verification of all its listings.

The Brazilian Federal Supreme Court has declared unconstitutional its previous three-year-old ruling which allowed the immediate arrest of convicts after losing their first appeal. The court’s president, justice Dias Toffoli, cast the final vote of the 6-5 decision, which stipulates that convicted criminals should go to prison only after they have exhausted all their appeal options, and could lead to the release of thousands of prisoners, including former president Luiz Inácio Lula da Silva. Lula’s defense team has already declared they will seek his immediate release. The decision is being seen as a huge blow against Justice minister Sergio Moro and his fight against corruption.

Brazilian Justice and Public Safety minister Sergio Moro signed cooperation agreements with his counterparts from other Mercosur countries this Thursday. They defined three points which will now have to be approved by their respective governments; among these items is the possibility of allowing agents in a police pursuit to cross borders in order to capture criminals. There will also be a greater information exchange in cases of cybercrimes, as well as data involving refugees. Ministers from Argentina, Paraguay, Uruguay, Chile, and Bolivia also signed the agreement.

Payments of “exorbitant” national and international hotel fees, wages above the constitutional ceiling, employee trips in violation of the legislation, undue fees, and lack of transparency. These are the main findings presented in the final report of the Parliamentary Inquiry Commission which investigated the public universities of the state of São Paulo: University of São Paulo (USP), State University of Campinas (UNICAMP), and São Paulo State University (UNESP). All three universities, combined, have received at least R$ 9 billion per year since 1989 from São Paulo’s Tax on the Circulation of Goods and Transportation and Communication Services.

Brazil will have an induced pluripotent stem cell bank to help treat diseases of 90 percent of its population, according to information released by the University of São Paulo. These stem cells will be compatible with most Brazilians, according to Lygia da Veiga Pereira, coordinator of the project and head of the USP’s National Laboratory for Embryonic Stem Cells. In order to do that, the laboratory analyzed genetic profiles for the immunological system of almost four million Brazilians. The collected cells will also be able to help patients all over the world.

After tragedy in Halloween party, AirBNB will verify all listings

After a rough week, short-term home rental app AirBNB announced several measures in order to try to regain its customers’ trust and ensure guests’ safety. Last week, five people died during a shooting at a “party mansion” listed for rent in California. The Halloween party, which was supposed to be for 12 people, drew a crowd, and ended tragically after complaints and quarrels with the neighbors. In an email to employees, AirBNB CEO Brian Chesky said that the platform will begin verifying all 8 million listings in the app, during a year-long process, as well as identifying “high risk reservations” and banning unauthorized parties.