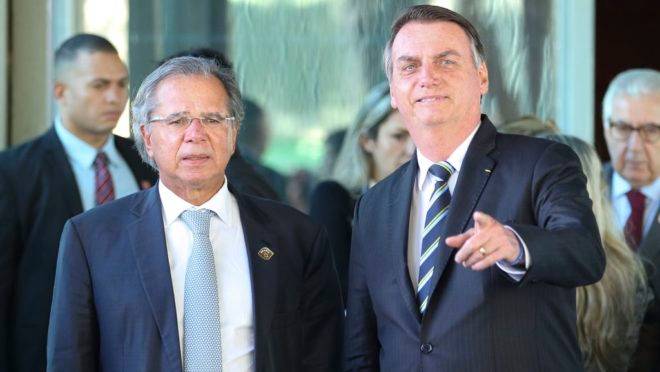 The government begins today the long journey towards the much-awaited social security reform, and will face three major challenges during the discussions in the special commission set up in Congress. Justice minister Sergio Moro tries to keep the council which fights money laundering under the umbrella of his ministry. A 200-year-old Bahia church which served as the setting for historical movies and TV series will have to be rebuilt after a devastating fire on Easter Sunday. And speaking of fire, authoritarian regimes around the world are showing their claws: In Venezuela, local guerilla fighters are being trained by dictator Nicolás Maduro’s army to use Russian surface-to-air missiles; and in Myanmar, two Reuters journalists which had been arrested were released after two years of international pressure, damaging the image of Nobel Peace Prize winner Aung San Suu Kyi.

The social security reform special commission begins its work today in Congress, and the government will face three challenges. The first challenge is to avoid a significant reduction of the text, which foresees a R$ 1.2 trillion economy in ten years. The second one is to accelerate the negotiations, so that the bill can be presented and voted on in June. And the last challenge is to form a political base that will ensure the 308 votes needed to approve the reform.

Moro lobbies to keep COAF in the Ministry of Justice

Recently, a special commission has been set up in Congress to redesign the structure of the government’s ministries. Justice and Public Safety Minister Sergio Moro is meeting with 11 members of this commission to lobby for the maintenance of COAF under the umbrella of his ministry. The Financial Control Council, which in previous governments was under the jurisdiction of the Ministry of Finance, is responsible for preventing and combating money laundering by investigating suspicious financial transactions.

Historical Bahia church will have to be rebuilt after fire

A crowdfunding campaign is being organized to help rebuild the Church of the Holy Heart of Jesus, in the city of Monte Santo, after a fire almost completely destroyed it on Easter Sunday. Built in 1790, the historical building was the setting for Glauber Rocha’s iconic 1963 movie “Black God, White Devil”, as well as the Globo TV miniseries “O Pagador de Promessas”, in the 1980s. The fire tore through its internal area, causing the roof to collapse and damaging sacred historical images.

Venezuelan soldiers loyal to dictator Nicolás Maduro trained members of that country’s most important guerilla to use heat-seeking anti-aircraft missiles, said Colombian sources. The fighters of ELN, the National Liberation Army, were instructed on how to fire Russian-made IGLA surface-to-air missile systems. Venezuelan forces are arming themselves against internal rebels and possible foreign intervention, but the Ministry of Defense refused to comment.

Arrested journalists are freed after 500 days in jail in Myanmar

Two Pulitzer Prize-winning Reuters journalists who had been arrested in Myanmar while covering the repression against the Muslim Rohingya minority were released today. The arrests damaged the image of Myanmar’s civil leader, Aung San Suu Kyi, who won the Nobel Peace Prize in 1991, and became a symbol of peaceful opposition against tyrannical governments. Initially sentenced to seven years in jail, the journalists were released after two years of international pressure.