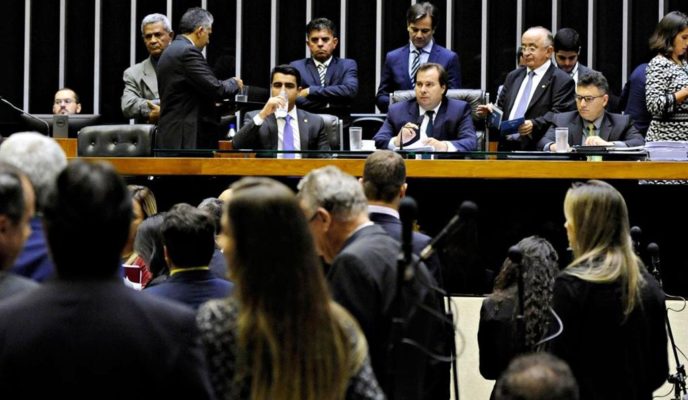 Even congressmen from PSL, president Jair Bolsonaro’s party, still haven’t indicated whether they will accept reforms

With the social security reform and the anti-crime package already being discussed by Congress this week, some parties are already coveting third-ranking positions in exchange for support to the main government proposals. They want to be able to appoint names to head government agencies, federal universities, and regional offices in state-owned companies.

Their assessment is that this positions haven’t yet been filled, or are still occupied by names associated with the Workers’ Party (PT) and the Temer administration, and that part of the parties which support the current government may appoint more qualified personnel to occupy these offices.

One of the parties eyeing this third-ranking positions is president Jair Bolsonaro’s own PSL. Leader of the party in the Lower Chamber, deputy Delegado Waldir (GO) says it is natural for members of parliament who will make up the government base to also want to help to govern. Especially, according to him, because they will have to defend unpopular issues, such as the social security reform.

“Not just PSL. All parties which will dialogue with the president to reform the social security will have to put their hands into the wasps’ nest. They will be worn down in the process. We want to help govern, we want to take part in the government,” he said in an interview to Gazeta do Povo.

Delegado Waldir also said that it is not about exchanging support, but about governability. “If the president wants governability, we can’t criminalize the appointment of congressmen. Members of parliament are also connected to many people with technical expertise. We want to help govern. Congress wants to help govern, but that is a government decision. It’s not our call. The executive must decide whether it wants the legislative to help govern. It’s their choice.”

The PSL leader in the Chamber of Deputies says that, until now, the government has not given any indication that it will accept the party’s suggestion. But, according to Delegado Waldir, the President’s Chief of Staff is studying the creation of a talent bank, with the names of professional appointed by parties to occupy second and third-ranking positions. Therefore, only those who proved they have the necessary experience and qualifications would be appointed, to avoid the idea of political horse-trading. The press office of the President’s Chief of Staff did not confirm the information.

A meeting of PSL members with Bolsonaro is scheduled for Wednesday (20), before the text of the social security reform is sent to be analyzed by Congress. On the following day, the president will also meet party leaders, and the issue of third-ranking positions may also be raised by these parties during this meeting.

The idea is to unrig the states

The PSL deputy says that parties which will make up a future base of Bolsonaros government already have technical and qualified names to occupy these third-ranking positions, which are currently vacant or being occupied by members of PT or by names associated with Temer.

“Currently, these spaces in the states are being occupied by PT members or names appointed by Marun (former Government Secretary under Temer), for people that didn’t help to elect Bolsonaro. We want to help govern, and appoint people are able to replace these people. We must not forget that we’ve been through 13 years of PT government, and that the states were rigged.”

Waldir adds that the final decision, however, will be Bolsonaro’s. “If he wants to keep those people there, it’s his problem.”

Another party leader, who chose not to be identified, told the news team that there are parties who will support the reforms strictly for ideological reasons, since they agree with the need for a reformist agenda. But there are some who want to ask for more space in the government. “The government eventually will have to use that in order to consolidate its support in some sectors,” said the deputy.

He also explains that this should happen due to the difficulty of finding names for these third-ranking positions, especially in government agencies and regional sectors of state-owned companies. The congressman says it is easy to find qualified personnel for first-ranking positions, due to the media exposure such offices entail.

Qualified personnel, however, tend to have better salaries in the market and choose the private sector instead of third-ranking positions.