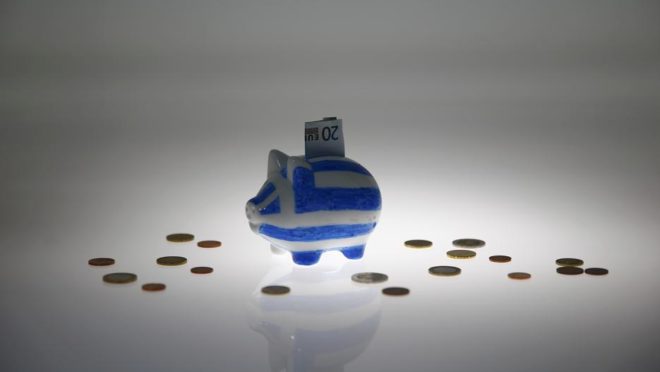 Some still neglect the need for the Social Security Reform in the national public debate. However, as English writer Aldous Huxley used to say, facts do not cease to exist because they are ignored

Although reforming the Brazilian social security system is urgent and essential for the stabilization of the public accounts and the maintenance of the country’s social expenditure, there are still those who neglect the need for it in the national public debate. However, as English writer Aldous Huxley used to say, facts do not cease to exist because they are ignored. Understanding the dramatic consequences likely to be caused by constant fiscal irresponsibility, like the ones which took Greece by storm, is a good way to become aware of the risks of continuing to omit oneself before the social security issue.

Between 1996 and 2006, the Greek economy grew at a more accelerated pace than the average of the countries of the Euro Zone. Along with economic growth, however, public spending also grew. Suddenly, a developed country, with a high HDI, saw things starting to crumble when the lack of control over public spending reached unmanageable levels. To quote former British prime minister Margaret Thatcher, “the problem is that eventually you run out of other people’s money.” The trust in the Greek government’s ability to honor its commitments was jeopardized.

Despite the fact that the Greek crisis is multifactorial – the huge public debt, low competitiveness, an educational system with low performances, as well as widespread corruption – expenses on social security played a key role in the fiscal problem; the main one among all factors. It is no coincidence that the Hellenic country became a symbol of the consequences of high public indebtedness.

Pressure of the public sector

The crisis in Greece had, above all, an internal factor: a lack of control on budgetary expenses. This was not a random occurrence, but a result of the omission of the authorities along with well-organized pressure groups which, led by the public sector, have resisted for decades any form of austerity.

Since 1971 the country had been unable to obtain a primary surplus (when the government spends less than that it obtains in taxes). The budgetary deficit reached 13.6 percent of the GDP, expenses on social security alone represented 17.4 percent of the GDP and were responsible of 31.5 percent of total government expenses. Most of it was being used to fund generous benefits to pensioners and retired civil servants: there were records of people who were retired for old age at the age of 27.

When the country finally went bankrupt, in April 2009, the debt rose and reached 188.7 percent of the GDP. That caused eight consecutive years of recession, causing the GDP and the average income of the Greeks to drop to almost half of the pre-crisis figures: from 31,997 dollars, in 2008, it went to 17,881 dollars in 2016. For comparison purposes, the Brazilian per capita income is 9,821 dollars. The unemployment rate reached one-third of the economically active population.

The young people, however, were those who were most affected, with 60 percent of them making up the majority of those without any occupation. There was the so-called “brain drain”, with talented and well-qualified young people migrating to other countries – including thousands of doctors.

The effects of that, both in terms of longevity and damage, have been worse than those experienced during the great American depression of 1929. And in the core of the question was the inability to deal with the social security issue which, just like in Brazil, was the root of the fiscal problem. If it hadn’t been for the three international financial aid packages received by the country, the impact felt by the population would be even bigger. With all these problems, the country got close to abandoning the Euro Zone.

Still, the Greek population resisted the adjustment. There were dozens of protests after each measure announced by the government. Not surprisingly, the left-wing party Syriza was elected, with a discourse historically opposed to any reform. Once in power, away from the fiction of the narrative, and facing the fiscal reality, prime minister Alexis Tsipras was forced to lead the reform, going against the combative stance he had previously adopted against the pro-austerity measures of the previous years.

In view of the chaotic situation faced by the Greeks, reforms were made without too much debate. Even some “acquired rights” were slashed, and some social security recipients had their benefits reduced by 40 percent. As with every set of positive rights (obligations provided by the state), it must be pointed out that they were nothing but fictitious promises: after all, in order for them to be effectively put in practice, they need to be paid. Facing the impossibility of paying for them, the government saw no alternative but to make them more flexible.

Almost nearly three years after the toughest reforms ever made by the Greek government, rating agencies, which assess the country’s capability of honoring its debts, have improved substantially their ratings of the country. Even though the situation is still pretty delicate, with its rating classified as “junk”, the rate improvement was responsible for the lowering of interests, as well as other macroeconomic progressions, and the country began to grow once again.

It must be pointed out, however, that there are still tax reforms to be made in the Greek state, and that there is a huge concern about its delay. In other words, the reforms began to have their effects felt, but the Greeks are still flirting with the dangers of fiscal irresponsibility.

In some factors, Brazil stands out negatively even when compared to the Hellenic Republic. Even before the crisis, for instance, the Greek social security system had, in general terms, less accessible rules for main benefits than those currently applied in the Brazilian system.

According to OECD standards, the percentage of Brazil’s GDP used on social security expenses, which was 11.1 percent in 2015, is already getting close to what was seen in Greece at the beginning of the crisis, which was 12.4 percent in 2009. However, the Brazilian social security system uses 60 percent of our government budget, while the Greek one was responsible for approximately one-third. It must also be pointed out that the Brazilian per capita income is much inferior to the Greek.

Lastly, Brazil has higher risk indicators than pre-crisis Greece. Taking this irresponsibility with the public accounts to the ultimate consequences, delaying any adjustments, should be utterly avoided by the Brazilian government, considering the imminence of a true economic collapse.

The population will not be immune to it if it happens, especially the poorer people. On the contrary, as legislative consultant for the Federal Senate and Gazeta do Povo columnist Pedro Nery puts it, Brazil “turning into a Greece” in the next years would, ironically, be an optimistic scenario.”