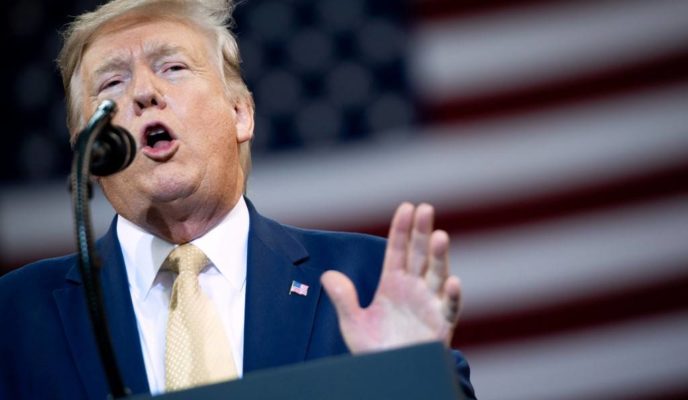 US president Donald Trump accused Brazil and Argentina of intentionally devaluing their currency, thereby harming the interests of his country’s farmers, and slapped tariffs on all steel and aluminum imports from both nations. Nine people were trampled to death at a street party in a São Paulo favela, after military police officers entered a crowd of five thousand people in pursuit of two suspects accused of firing against them. Actor Mark Ruffalo came out in support of his colleague Leonardo DiCaprio, accused by Brazilian president Jair Bolsonaro of financing NGOs associated with the recent Amazon forest fires. A Paraná court has sentenced the father of a boy who had his arm ripped off by a tiger to three years in jail for negligence. Finally, a celebration summoned by Mexican president Andrés López Obrador to celebrate his first year in office turned sour after demonstrations were held all over the country’s capital to protest against the soaring violence rates as the police fight drug cartels.

United States president Donald Trump announced this morning his country will restore tariffs on steel and aluminum imports from Brazil and Argentina, accusing both nations of deliberately devaluing their currencies. “The Federal Reserve should (…) act so that countries (…) no longer take advantage of our strong dollar by further devaluing their currencies. This makes it hard for our manufacturers & farmers to fairly export their goods,” Trump tweeted. Brazil’s main steel industry body, Instituto Aço Brasil, claimed to be “perplexed” by the decision, while president Jair Bolsonaro said he doesn’t regard Trump’s attitude a retaliation, and said he would discuss the matter with the Economy minister, Paulo Guedes.

The Internal Affairs Divisions of both Civil and Military Police Forces in the state of São Paulo informed they will investigate the circumstances involving actions of their officers during a ‘funk party’ at the Paraisópolis favela, in São Paulo’s south zone on Sunday night. Nine people were trampled to death and several others were wounded after a police chase generated a stampede. According to the official version, military police officers were pursuing two suspects on a motorbike who opened fire against patrolling policemen and then hid among the five thousand people attending the party. The victims were one woman, seven men, and a 14-year-old teenager.

Mark Ruffalo comes out in support of DiCaprio and criticizes Bolsonaro

Actor Mark Ruffalo, famous for playing the Marvel character Hulk, criticized Brazilian president Jair Bolsonaro for accusing his fellow Shutter Island co-star, Leonardo DiCaprio, of financing non-governmental organizations accused of “setting fire” to the Amazon. “Bolsonaro and his ilk are scapegoating the very people protecting the Amazon from the fires he himself has allowed to happen,” he tweeted on Sunday. Bolsonaro accused DiCaprio last week of donating US$ 500 thousand to NGOs selling pictures of forest fires, and reaffirmed his accusations on Friday; On Saturday, DiCaprio came forward and publicly denied all accusations.

The father of a boy who had his arm ripped off by a tiger at a zoo in the western Paraná city of Cascavel was given a three-year prison sentence by a local court last Thursday. The judge understood the father was negligent, since zoo employees and visitors had asked the boy to move away from the tiger’s cage; the father, nonetheless, allowed the 11-year-old boy to approach the animal, which grabbed his arm and tore it off. Since it is the defendant’s first criminal conviction, the sentence will likely be commuted to community service. The boy became a Paralympic swimmer.

Mexican president Andrés Manuel López Obrador summoned his supporters to celebrate on Sunday, December 1st, his first year in office. The initiative, however, was shadowed by protesters who took to the streets in Mexico City associating the politician with a surge in criminality rates. The latest episode in the growing wave of violence was a clash between police officers and drug dealers which left 21 dead in the northern part of the country on the weekend. During the confrontation in the city of Villa Unión, members of the Northeastern Cartel drew attention due to their massive firepower; at least four security agents were killed.