Fale a língua do mundo. Faça Wise Up.
Fri 02 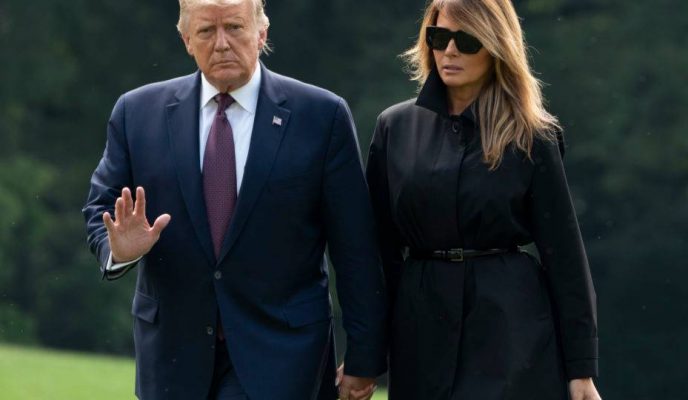 US president Donald Trump and his wife, first lady Melania, confirmed they have been diagnosed with COVID-19 on statements posted yesterday on their social media accounts, and said they will remain in quarantine at the White House. Brazilian president Jair Bolsonaro has confirmed the nomination of appellate judge Kassio Nunes Marques for a seat at the Federal Supreme Court, since justice Celso de Mello is scheduled to retire later this month. Marques will still have to be formally approved by the Brazilian Senate. The forest fires raging in the Pantanal region of central Brazil have already destroyed more than three million hectares, according to the National Space Research Institute. President Jair Bolsonaro issued a statement claiming that Brazil’s Armed Forces must be “ready” to defend the Amazon against foreign superpowers, claiming they have been “scrapped” for the last 20 years. Finally, Nicaraguan left-wing dictator Daniel Ortega has been trying to get several controversial bills approved in the country’s National Assembly in order to curb any opposition against his regime and the work of the press.

Trump and first lady are diagnosed with COVID-19

United States president Donald Trump informed during the early hours of Friday that he and his wife, first lady Melania Trump, have been diagnosed with COVID-19. The Republican politician, who is running for reelection in this year’s upcoming presidential elections, said on his official Twitter account that both of them are already quarantined at the White House, and are feeling well. Melanie also addressed the issue on her social media accounts: “We are feeling good & I have postponed all upcoming engagements. Please be sure you are staying safe & we will all get through this together.” The announcement was made shortly after the confirmation that one of Trump’s most senior advisers, Hope Hicks, had tested positive for the disease. Vice president Mike Pence, though, has tested negative for the novel coronavirus.

Brazilian president Jair Bolsonaro confirmed yesterday the nomination of 1st Region’s Federal Regional Court appellate judge Kassio Nunes Marques for the seat of justice Celso de Mello, who is retiring on October 13th, at the country’s Federal Supreme Court. The judge will now attend a hearing session in the Senate, where a vote will be held to confirm his nomination. Marques’s appointment has been harshly criticized by right-wing militants and the most conservative allies of president Bolsonaro; he enjoys, however, a good reputation among several members of Congress, including Bolsonaro’s allies who make up the so-called “Centrão”, as well as other Supreme Court justices. The president announced his choice during his weekly live broadcast: “He is a Catholic and you will like his work at the Federal Supreme Court.”

The forest fires which have been ravaging part of the Pantanal area, in the Brazilian Center-West region, have already destroyed 3.461 million hectares, an area larger than the state of Alagoas. Data from Brazil’s National Space Research Institute shows that over 8 thousand fires have been detected during the past month. According to a report published Thursday by the government of Mato Grosso do Sul, the state has already lost 1.408 million hectares, while its neighbor, Mato Grosso, lost 2.053 million hectares. During the same period last year, flames consumed 1.559 million hectares in the region, less than half of what is being witnessed this year.

Armed Forces must be “ready” to defend the Amazon, says Bolsonaro

According to president Jair Bolsonaro, Brazil’s Armed Forces must be ready to defend the Amazon. “We know some countries in the world have an interest in the Amazon, and what do we have to do? Dissuade them from that. And how do we dissuade them from that? By getting our Armed Forces ready,” he said during his weekly social media broadcast on Thursday. He also defended the strengthening of Brazil’s military, which, according to him, has been “scrapped” for the past 20 years. “If someday a superpower decides to do something stupid here in Brazil, what are we going to do?”, he questioned.

This week, Nicaragua’s dictator, Daniel Ortega, gained a new “legal” weapon to go after his critics, as he works to obtain the approval at the country’s National Assembly of yet another one of his controversial bills; this latest one is being called “Putin law” or “Russian law”, and, if approved, will increase his censorship power and his control over the Central American nation even more. On Tuesday, Ortega issued a decree increasing governmental control over whatever is posted on the internet, stipulating penalties of up to four years in jail for those convicted of spreading information that “threatens national security”, “incites hatred or violence” or “spreads false or twisted information in order to cause fear or alarm among the population.” The opposition claims such measures are a clear attempt to shut down dissidents, impose censorship, and control the activities of journalists.