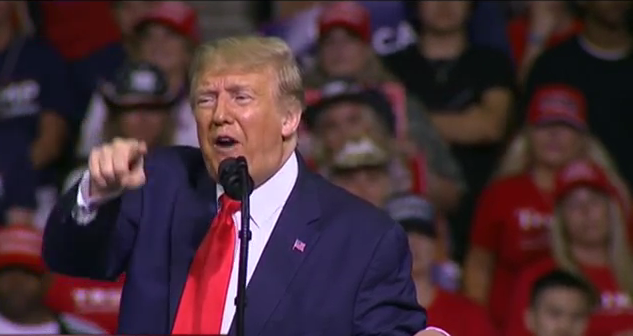 US president Donald Trump blamed the media and radical protesters for the low attendance at a rally he held in Tulsa, Oklahoma, marking the resumption of his election campaign after a hiatus caused by the novel coronavirus pandemic. Frederick Wassef, who acted as an attorney for Brazilian president Jair Bolsonaro and his son, senator Flávio Bolsonaro, denied having ever spoken with Flávio Queiroz, a former aide to the president’s son who was arrested during a probe on graft charges at his property in Atibaia, and said he and the president are being victims of a framing attempt. Former Education minister Abraham Weintraub, who resigned from his office and was appointed to a position as executive director of the World Bank, used his ministerial diplomatic passport to enter the United States, even though he had already stepped down from his post. After two matches played behind closed doors, Rio de Janeiro authorities decided to suspend the local soccer championship, after two of the state’s main clubs, Fluminense and Botafogo, declared their public opposition to the resumption of regular activities and stated they would not send their teams to the field. Finally, the parliament of Colombia has approved a controversial bill allowing child rapists and murderers to be sentenced to life imprisonment, in a bill sent by president Iván Duque which may alter the country’s constitution.

United States president Donald Trump resumed this Saturday his election campaign with a rally in the city of Tulsa, Oklahoma, a state which has been registering new daily records of COVID-19 cases. The choice of holding a rally in Tulsa, site of a racist massacre in 1921, was held as extremely controversial and widely criticized, both by the media and by members of the opposition. The low attendance in the stands was visibly felt by Trump, who called all those 12 thousand present at the BOK Center Arena “heroes”, while his campaign spokesman, Tim Murtaugh, attributed the fact that fewer people than expected came to the event to a media campaign and to the fear of radical protesters.

In a series of interviews given to several media outlets this weekend, attorney Frederick Wassef denied ever speaking with Fabrício Queiroz, the former aide to senator Flávio Bolsonaro, son of Brazilian president Jair Bolsonaro, who was arrested on Thursday at Wassef’s property in the city of Atibaia on graft charges. On Saturday, Wassef, who has legally represented both the president and his son on previous occasions, spoke to journalists from CNN Brasil, GloboNews, and Folha de S. Paulo, and said that he is being the victim of a setup, aimed at framing president Bolsonaro, with whom he has a close relationship. According to the investigation, Queiroz had been at Wassef’s property for one year; the attorney, however, denies that, and did not provide any explanations on the reason the police found him at his property.

Even after resignation, Weintraub makes quick exit to the US using diplomatic passport

After posting a video in which he ceremonially folded the Brazilian flag as his “last act at the Ministry of Education”, former government official Abraham Weintraub traveled to the United States using his diplomatic passport, granted to all presidential cabinet members. Even though he had previously announced his resignation from the ministry, he was only officially discharged from the post after the trip, leading to insinuations that he might have been helped by the Brazilian authorities, since the US is currently not allowing the entrance of Brazilian nationals in its territory due to the pandemic. Weintraub has been appointed to represent Brazil and several other countries as an executive director at the World Bank, and had expressed his wishes to leave the country “as soon as possible” after a video in which he called Federal Supreme Court justices “bums” who he wished to “throw in jail.”

A series of conflicting decisions involving the Rio de Janeiro city hall, mayor Marcelo Crivella, and the local soccer authorities have been made this weekend, beginning with a decree published in the Federal Gazette suspending all sporting competitions until June 25th. The ruling effectively suspended the Rio de Janeiro state championship, the first soccer competition in Brazil to resume. So far, two matches have been played: Flamengo vs. Bangu, and Portuguesa vs. Boa Vista. The official decision provided by the municipal decree aimed at aligning “health protocols presented by the sporting federations to the municipal health protocol,” and establishes the need for “previous inspections in training centers.” Two of Rio’s major clubs, Fluminense and Botafogo, have opposed the resumption of matches and said they would not send their teams to the field.

Last Thursday, the Colombian Congress approved a constitutional amendment that will allow convicted child rapists and murderers to be sentenced to life in prison. The bill was presented by the government of president Iván Duque, and was unanimously approved during a session of the country’s Senate, held remotely due to the novel coronavirus pandemic. The decision has yet to be approved by the country’s Constitutional Court, since it significantly alters article 34 of Colombia’s Constitution, which explicitly prohibits life sentences. A small group of senators who opposed the bill chose not to take part in the voting, quoting Duque’s own criminal policy commission, which dismissed it as “populist,” “ineffective,” and “unconstitutional.”