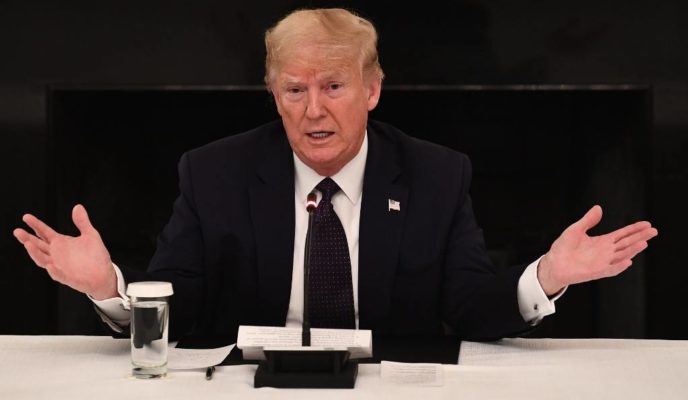 US president Donald Trump declared to journalists he has been taking hydroxychloroquine as a preventive against the novel coronavirus, despite recommendations against its use from the country’s Food and Drug Administration. Nine Brazilian Army officers have been appointed for positions in the Ministry of Health by its interim minister, general Eduardo Pazuello. São Paulo state governor João Dória and São Paulo city mayor Bruno Covas have decided to anticipate several holidays scheduled to be held throughout the year for this week, effectively creating a huge 6-day extended holiday for their citizens. One week after reopening several educational institutions, the government of France has decided to shut down seven schools, after identifying 70 new novel coronavirus infection cases in them. Meanwhile, French president Emmanuel Macron has lost his majority in the country’s National Assembly. Finally, clashes between protesters and the police have been registered all over the Chilean capital, Santiago, after the issuing of a full lockdown in 38 districts of its metropolitan area.

Trump says he is taking hydroxychloroquine as a preventive

United States president Donald Trump declared in a White House press conference held yesterday he is taking hydroxychloroquine as a preventive against the novel coronavirus. The medication, used in the treatment of malaria and lupus, has been tested on COVID-19 patients with no significant scientific evidence of its efficacy. “You’d be surprised at how many people are taking it, especially the frontline workers (…), many, many are taking it,” he told reporters. “I happen to be taking it.” When asked about his evidence of its positive benefits, he said: “Here’s my evidence: I get a lot of positive calls about it. I’ve heard a lot of good stories, and if it’s not good, I’ll tell you right now I’m not going to get hurt by it.” In April, the US Food and Drug Administration issued a warning that the drug has “not been shown to be safe and effective,” and it could cause serious heart rhythm problems in COVID-19 patients.

General Eduardo Pazuello, current Brazilian interim Health minister, has appointed nine officers of the Brazilian Army to positions in his cabinet. The appointments were listed today in the Federal Gazette, and they will be handling mostly financial and advisory matters. Pazuello is currently filling in for Nelson Teich, who, in turn, replaced former Health minister Luiz Henrique Mandetta for a mere two months. Previously commander of the Brazilian Army’s 12th Military Region, headquartered in Manaus, the serviceman was backed by Bolsonaro and several other members of the military in the president’s cabinet to occupy the office to be Health Executive-Secretary, which he occupied before being made interim minister.

São Paulo state governor João Dória and São Paulo city mayor Bruno Covas have reached a decision anticipating several state and municipal holidays scheduled to be held throughout the year to the next days of this week, effectively instituting a 6-day extended holiday for their population. The measure, which still needs to be approved by the state’s Legislative Assembly, would anticipate to this week festive days such as Corpus Christi, Black Awareness Day, and the Constitutionalist Revolution Commemoration. Ten financial institutions, among them B3, São Paulo’s Stock Exchange, wrote a statement appealing the decision, claiming that the sudden decision could cause several problems, including the closing of bank branches.

One week after the return to classes of schoolchildren, the French government mapped out 70 new novel coronavirus cases in seven of the reopened schools, and decided to shut them down as a precaution. At least 150 thousand students in 40 thousand educational institutions, among them day care centers and elementary schools, resumed classes last week. On Monday, 185 thousand high school students also resumed their curricular activities, and the remainder are scheduled to return to classes next week. Meanwhile, a group of 17 left-wing members of Parliament decided to leave president Emmanuel Macron’s La République En Marche party, leaving him without an absolute majority in the country’s National Assembly at a critical stage during the fight against the novel coronavirus.

Santiago witnesses clashes between protesters and police during lockdown

Yesterday, on the third day of lockdown in Chile’s capital, Santiago, imposed in an attempt to curb the spread of the novel coronavirus, several clashes between protesters and the local police were registered. In the district of El Bosque, one of the city’s poorest, people who gathered to protest against the shortage of food and jobs, a result of the crisis caused by the pandemic, were rounded up by the police, who used tear gas and water cannons to disperse crowds. “I’ve never received a single crate of goods, I got no help at all from the City Hall,” one local inhabitant told La Tercera newspaper. Other areas of the capital saw similar violent confrontations. The Chilean government imposed a mandatory quarantine on 38 districts of the Santiago Metropolitan Area, encompassing 90 percent of the capital’s population.