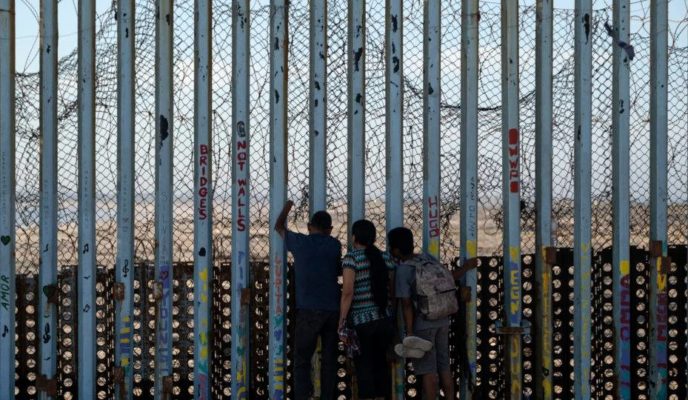 US president Donald Trump suggested shooting in the legs of migrants trying to enter illegally into his country, and building a moat filled with water, crocodiles and snakes along the border with Mexico. American space agency NASA released audios of seismic activities on Mars, which are being called ‘marsquakes’. Delivery company UPS has been granted authorization by the US Federal Aviation Administration to begin using drones to transport packages between laboratories and hospitals. Venezuelan dictator Nicolás Maduro said he plans on installing chicken coops in the country’s schools, as a measure to try to fight the severe food crisis affecting the South American country. Finally, North Korea has launched this week for the first time a ballistic missile from a submarine, testing US president Donald Trump’s limits concerning North Korea’s weapon tests amidst the recent resumption of nuclear talks between both countries.

The New York Times revealed this week details of a meeting between United States president Donald Trump and his advisors in the White House, in March, in which Trump suggested an unusual way of containing the inflow of immigrants: shooting in the legs of those caught trying to illegally sneak into the US. According to sources in the meeting, Trump was certain this would stop the border issues with Mexico. Another proposal devised by the president was to build a water-filled moat with crocodiles and snakes along the border; he even commissioned a budget estimate to find out how much the project would cost.

The United States’ space agency, NASA, released this week two audio clips showing seismic activities on Mars, recorded by the Seismic Experiment for Interior Structure (SEIS), an instrument developed by France’s space agency, Centre National d’Études Spatiales (CNES), and transported to the planet by the InSight lander. One of the “marsquakes”, as the phenomenon is being called by NASA, recorded on July 25th, was about a magnitude 3.3, and the other, recorded on May 22nd, a 3.7. The noises had to be accelerated and slightly processed so they can be heard, since they are at a frequency much lower than the range of the human ear.

United States delivery company UPS announced this week it has been granted approval by the government to begin using drones for its services. The focus, however, will not be on residential deliveries, but the health sector, more specifically, the transportation of products between laboratories and hospitals. According to news website The Verge, the certification was awarded by the Federal Aviation Administration, and it allows the company to operate an unlimited number of drones, make night-time deliveries, carry cargo that weighs more than 25 kilos, and fly beyond a pilot’s visual line of sight.

Maduro suggests chicken coops of up to 300 hens in schools

Venezuelan dictator Nicolás Maduro suggested Tuesday the possibility of installing chicken coops in schools as a way to placate the severe food crisis his country is undergoing. “The school gardens I entrust to you, boys. Every school and high school has some room, some of them have extra room, in every one of them with a lot of extra space we can also put animals, about 200 chickens, 300 chickens,” he said during an event with students broadcast on state television. Maduro asked his Minister for Food, Carlos Leal Tellería, to support the installation of chicken coops and orchards in the country’s schools.

North Korea fired what seemed to be a ballistic missile designed to be launched from submarines, testing the tolerance of US president Donald Trump with weapons tests conducted by dictator Kim Jong-un. A few hours earlier, both sides had agreed on resuming nuclear negotiations. The South Korean military claims the missile was fired near the area of Wonsan, in eastern North Korea, shortly after 7 a.m. on Wednesday. The projectile flew for 910 kilometers before falling into the sea. Japan’s Chief Cabinet Secretary, Yoshihide Suga, says that part of the missile fell away and landed on Japan’s Exclusive Economic Zone, near the city of Shimane, in the southwest of the country.