Fale a língua do mundo. Faça Wise Up.
Mon 28 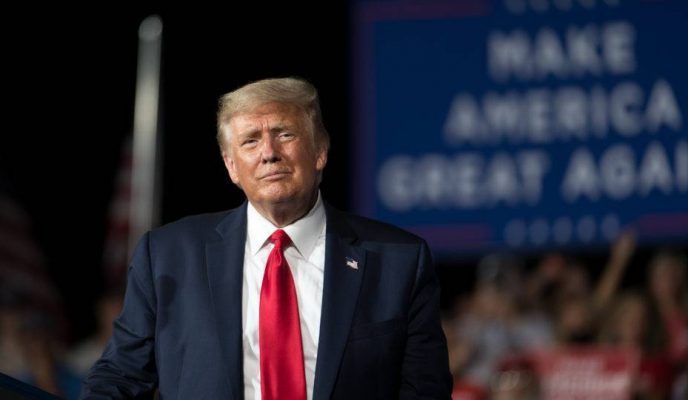 US newspaper The New York Times has informed that American president Donald Trump’s recently disclosed tax returns are pointing towards evasion and showing chronic losses in his financial statements. Brazil’s Education minister, Milton Ribeiro, issued a statement on Saturday offering his “sincere apologies” after a recent interview with a São Paulo newspaper in which he talked about homosexuality. The Brazilian Soccer Confederation and a majority of clubs voted to maintain the current status of banning fans from attending matches due to the novel coronavirus pandemic, despite a request from Rio club Flamengo and that state’s local federation to reopen Maracanã stadium for matches. The United States government has warned its Iraqi counterpart of its plans to shut down the country’s embassy in Baghdad, unless some form of action is taken against recent Shia militia actions targeting US facilities. Finally, the government of Armenia has declared martial law on the country after the recent resumption of military clashes with neighboring Azerbaijan, in a long-standing dispute held by both Caucasian countries over a territory.

United States newspaper The New York Times informed in a report published in its Sunday edition that tax records from president Donald Trump, running as a candidate for reelection this year for the Republican Party, have pointed towards chronic financial losses and tax evasion. According to the newspaper, Trump paid only US$ 750 in taxes during the year in which he won the presidential election, and the same amount during his first year in the White House. He allegedly did not pay any income taxes during 10 of the last 15 years, something which the media outlet associated with the fact that Trump informed he lost much more money than he made during this period. Trump Organization attorney Alan Garten answered by saying that “most, if not all, of the facts appear to be inaccurate.”

Brazilian Education minister Milton Ribeiro issued a statement on Saturday offering his “sincere apologies” after his recent statements regarding homosexuality during a recent interview with O Estado de S. Paulo, during which he claimed it was a sexual “option” resulting from “maladjusted families”. His decision came after the Federal Attorney General’s office asked the opening of an inquiry to investigate whether his statements could cause his prosecution on charges of homophobia. In his statement, Ribeiro said that his speech was taken out of context, and that he never meant to “discriminate or encourage any form of discrimination based on sexual orientation,” and offered his “sincere apologies towards all those who felt offended” in face of his “Christian values”.

CBF and most Brazilian clubs reject return of spectators to stadiums

Brazilian soccer fans will have to wait a little bit more to be able to support their favorite clubs inside a stadium during this year’s Brazilian championship. Due to safety measures adopted on account of the COVID-19 pandemic, the Brazilian Soccer Confederation, CBF, and all 19 clubs which attended a virtual meeting held this Saturday voted for the continuity of tournament matches behind closed doors. The idea of resuming regular supporter attendance was proposed by the Rio de Janeiro State Soccer Federation, in a partnership with local club Flamengo, in order to reopen the legendary Maracanã stadium to the public.

Yesterday, the United States government warned Iraq that it is getting ready to shut down the country’s embassy in Baghdad, unless local authorities are able to interrupt the wave of attacks made by Shia militias against US facilities. US Secretary of State Mike Pompeo issued the alert during recent phone calls to Iraqi president Barham Salih and prime minister Mustafa al-Kadhimi. US ambassador to Iraq, Matthew Tueller, told his Iraqi counterpart Fuad Hussein that the decision had been made by president Donald Trump, and added that both countries had entered a new era in their relations.

The government of Armenia imposed martial law throughout its territory after a recent confrontation with Azerbaijan military forces this Sunday. According to the Armenian government, a woman and a child were killed after bombings in the separatist region of Nagorno-Karabakh. Local authorities claimed that the region’s capital, Stepanakert, and the neighboring cities of Martakert and Martuni have been hit; in return, two Azeri helicopters and three tanks have been attacked. Azerbaijan’s president, Ilham Aliyev, has issued a TV-broadcast speech in which he said that both Azeri forces and the country’s civil population have suffered losses as a result of Armenian bombing, but offered no further details. The region is a majority-ethnic Armenian enclave located inside Azerbaijan, disputed between both countries since a separatist war which started in 1994.