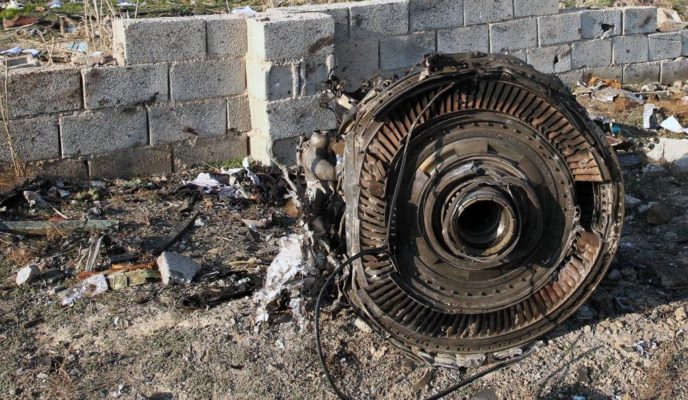 Authorities from both the United States and Canada have declared to have evidence that the airplane which fell down shortly after taking off from Tehran, killing all 176 people on board, was shot down by missiles fired by Iran. The U.S. Congress has approved a resolution limiting the scope of military actions which may be taken by president Donald Trump, and subjecting his decisions to congressional approval. Brazil’s Environment minister, Ricardo Salles, has announced the creation of a new organ within the ministry focused on the Amazon region, which will aim at inspecting the region and promoting sustainable development in the area. Brazil’s Federal Supreme Court overruled a decision made by a Rio de Janeiro judge which ordered the removal of a controversial Christmas Special made by comedy group Porta dos Fundos from the streaming platform Netflix. Finally, Brazilian authorities are surveilling the presence of Islamist militant group Hezbollah, a notorious Iranian ally and responsible for several terrorist attacks throughout the world, in the country.

U.S. and Canada have evidence that Ukrainian plane was shot down by Iranian missile

United States authorities have declared they are certain that Iran is responsible for accidentally shooting down the Ukrainian plane which left 176 people dead on Wednesday night. On Thursday, Canadian prime minister Justin Trudeau said that intelligence information from his country and allies are indicating that the Boeing was shot down by an Iranian surface-to-air missile. According to United Kingdom prime minister Boris Johnson, there is a wide array of information showing that the plane was taken down by an Iranian rocket. Inside sources told CBS News that U.S. intelligence service satellites detected the launch of two missiles shortly before the explosion of the Ukrainian plane.

The United States House of Representatives approved on Thursday a resolution limiting the scope of military actions which may be taken by president Donald Trump without express Congressional approval. According to CNN, the bill was approved by 224 votes to 194; three Republican Party representatives voted for the resolution, while eight Democrats voted against it. According to the resolution, the president is forced to stop using the United States armed forces in any involvement with hostilities inside or against Iran, unless a war is officially declared by Congress or a specific authorization for the deployment of military forces is decreed.

On Thursday, the Ministry of Environment confirmed the creation of an Amazon Bureau, announced as “an effort to materialize the presence” of the ministry in the region. According to Environment minister Ricardo Salles, “the idea is to implement a permanent representation in Manaus, focused on the main issues faced by the ministry, such as urban quality agenda and the National Combat Plan against Illegal Deforestation.” On his official Twitter account, Salles declared that the new organ will focus on inspecting and promoting sustainable development of the entire Amazon region.”

Brazilian Federal Supreme Court president, justice Dias Toffoli, has accepted the preliminary injunction filed by streaming company Netflix and suspended the ruling decreed by Rio de Janeiro 6th Civil Chamber appellate judge Benedicto Abicair which ordered the Christmas Special by comedy group Porta dos Fundos to be taken off the air. The spoof has been sparking controversy and attracted criticism by Christian groups since it depicts Jesus Christ as a homosexual; Toffoli, however, said in his decision that one cannot claim that the “humoristic satire” made by the comedy group affects the Christian faith, and pointed out previous decisions in which the court defended the freedom of speech.

Infiltrated in Brazil, Hezbollah may pose a threat to the country

Iranian general Qassim Soleimani, killed last week in a strike by the United States at Baghdad Airport, was a major ally of Lebanese militant Islamic group Hezbollah, responsible for several terrorist attacks around the world. And several sources guarantee members of the organization are living in Brazil and working with Latin American criminal organizations. Hezbollah has already been accused of a terrorist attack on the continent; both the group and Soleimani have been charged by Argentinian state prosecutors as being responsible for the bombing of a Jewish institution in Buenos Aires in 1994, which killed 85 people and left more than 300 people wounded.