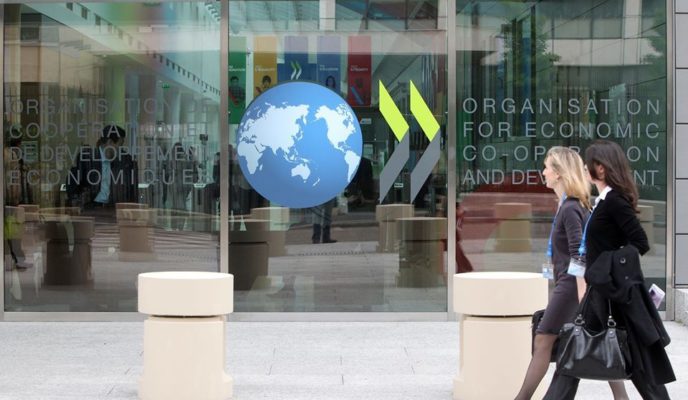 The United States government has confirmed its support for the Brazilian membership to the Organization for Economic Cooperation and Development, a long-standing wish of president Jair Bolsonaro’s government. Venezuelan dictator Nicolás Maduro held a speech in the government-run National Constituent Assembly in which he threatened to “knock the teeth out” of Colombia and Brazil in the event of any military aggressions against his country. The Rio de Janeiro state Military Police declared it has seized the record number of 505 rifles this year from the civilian population. A video released by The New York Times showed two missiles hitting the Ukrainian Boeing passenger jet shot down shortly after taking off from Tehran airport last week. Finally, two Katyusha rockets have been launched against Iraqi bases hosting United States troops, despite the attempted cooling down of tempers between all countries involved.

The United States government has confirmed to the Organization for Economic Cooperation and Development (OECD) their formal support for Brazil’s candidacy to join the group. An official letter has been sent to the organization, according to information confirmed by the U.S. embassy to cable network GloboNews. Brazil’s OECD entrance is considered a priority measure by Jair Bolsonaro’s government, but the government needs to overcome the competition of other countries such as Argentina, Peru, Romania, Bulgaria, and Croatia. The nomination will be confirmed today during an official meeting in France.

Venezuelan dictator Nicolás Maduro declared on Tuesday, during his annual speech made to the National Constituent Assembly, that he is aware of the “imperialist plans” of Colombian president, Iván Duque, and Brazilian president, Jair Bolsonaro, and assured his country is ready to answer any military aggression from both neighbors. “We have increased the country’s defense capability, I know their imperial plans, I know in detail the plans of the Colombian oligarchy and Jair Bolsonaro. If [Colombia and Brazil] dare [a military aggression], we will knock their teeth out, so they will learn to respect the Bolivarian National Armed Forces and the people of Bolívar,” he said.

The number of rifles seized by the Rio de Janeiro state Military Police has reached a record number in 2019. In this year, 505 rifles were apprehended, a figure which greatly exceeded the number of such weapons seized in 2017, when 382 were taken off the streets. The Rio de Janeiro Civil Police force estimates that criminals in the city are in possession of 3 to 3.5 thousand rifles. According to news website G1, the number of rifles seized by police authorities in the neighboring state of São Paulo has also risen; in 2019, 200 of them have been apprehended.

The New York Times released on Tuesday a video showing two missiles hitting the Ukrainian Boeing passenger plane downed last week in Tehran shortly after taking off. The rockets were fired from a military base located 12 kilometers from the airport, according to the newspaper. The CCTV images shown help to explain why the plane’s transponder stopped working before the impact of the missile; apparently, the first rocket to hit the airplane disabled the device. The second rocket was fired 23 seconds later and set the plane on fire. The Boeing, however, did not fall down immediately, and flew for a few minutes before crashing and killing all 176 people on board.

At least two Katyusha rockets hit the Iraqi base of Taji, north of Baghdad, on Tuesday. The base is home to United States troops, according to news agency AFP, which quoted Iraqi military sources. The Iraqi army has disclosed neither the number of casualties or rockets, nor the author of the attack. Such strikes have become more frequent in Iraqi bases hosting U.S. troops after the assassination of Iran’s Revolutionary Guard general Qassim Suleimani, sanctioned by American president Donald Trump in a drone attack over Baghdad last week.