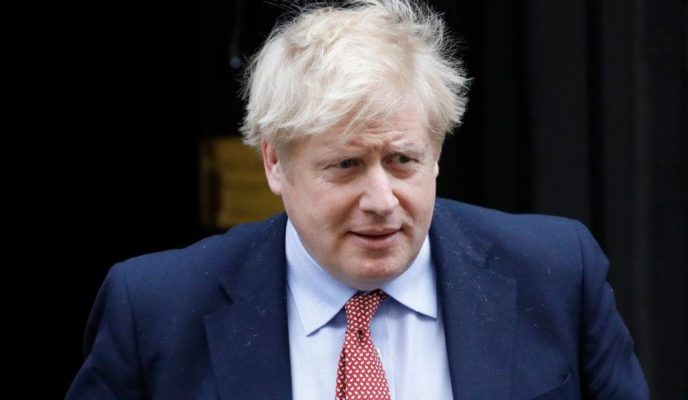 United Kingdom prime minister Boris Johnson has been diagnosed with COVID-19; he used his official Twitter account to say he is feeling mild symptoms of the disease, and asked the British population to stay at home. The number of people infected with the novel coronavirus around the globe has crossed the half a million landmark, according to a study made by Johns Hopkins University. On Thursday, Brazil reached the highest number of COVID-19-related deaths in a single day, 20, a significant increase compared to previous days. Brazilian president Jair Bolsonaro has officially scolded his vice president, general Hamilton Mourão, who had defended full social distancing during the critical period of the pandemic, by claiming “I am the president.” Finally, the United States government has officially charged Venezuelan dictator Nicolás Maduro with narco-terrorism, claiming he is financing operations made by the Colombian Revolutionary Armed Forces to smuggle cocaine into the US.

United Kingdom prime minister Boris Johnson has tested positive for the novel coronavirus. Today, the premier has said on his official Twitter account that he felt mild symptoms of the COVID-19 disease, but will remain in charge of the government, even during his isolation. He also stressed his request for all citizens to remain at home. UK Health Secretary Matt Hancock has also been diagnosed with the virus. Johnson is the first head of state among the world’s major economies to test positive for the virus, two days after Queen Elizabeth II’s son, Prince Charles, had also tested positive.

Coronavirus confirmed cases cross the half-million mark around the globe

The number of people infected by the novel coronavirus all over the world has officially crossed the half a million figure. The number was officially announced on Thursday evening by Johns Hopkins University, and listed 22,993 fatal victims of the COVID-19 disease among 510,108 people infected by the virus – a global lethality rate of 4.5 percent. China is still the country with the most confirmed cases, 81,782, but may be surpassed by Italy, which currently holds a record of 80,539 victims and the highest number of deaths caused by the infection, 8,165. Spain is following closely, with 56,197 cases and 4,145 fatal victims. Only 22 countries around the planet have not been struck by the pandemic so far, but experts believe it is a matter of under-reporting.

On Thursday, the Brazilian Ministry of Health announced that 20 people died due to COVID-19 within a single day. This has been so far the highest daily number of fatal victims of the disease, and represents a 20 percent increase compared to Wednesday’s figures. So far, the country has registered 2,915 cases of novel coronavirus infections, and 77 deaths caused by the disease – 2.7 percent of all recorded cases. Six out of every ten victims had a heart condition and four in each ten had diabetes. 194 COVID-19 patients are currently in Intensive Care Units.

“I am the president,” says Bolsonaro about Mourão’s social isolation statements

Brazilian president Jair Bolsonaro responded to statements made by his vice president, general Hamilton Mourão, after his defense of social isolation during the novel coronavirus pandemic, with a single statement: “I am the president.” After the president stated his opposition to full quarantine measures, Mourão said the government’s stance to fight COVID-19 is “a single one”, and remains consisting of social isolation and distancing. Bolsonaro replied by telling journalists “Damn, I am the president. Ministers follow my orientations. And Mourão has been helping a lot, providing opinions, he is someone right next to me. He is your reserve player, should I fall down. (…) He is a good person, you can bet on it.”

US charges Nicolás Maduro with narco-terrorism

Venezuelan dictator Nicolás Maduro has been indicted on narco-terrorism charges by United States authorities on Thursday, after an investigation by local prosecutors, according to US Attorney General William Barr. Ten other members of the Venezuelan Chavista regime, as well as members of Colombia’s Revolutionary Armed Forces, FARC, have also been indicted. The US State Department is offering a reward of up to US$ 15 million for any information which could lead to Maduro’s imprisonment or conviction. According to Barr, the Venezuela-Colombia border has been taken over by FARC militants, under Maduro’s protection, creating favorable conditions for the shipment of up to 250 tons of cocaine to “flood the US with drugs.”