Fale a língua do mundo. Faça Wise Up.
Mon 25 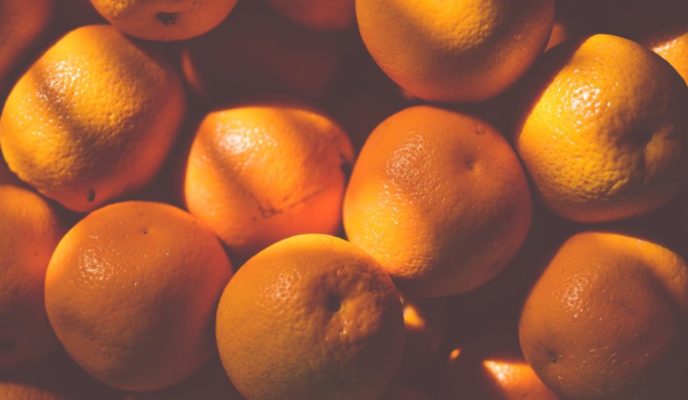 Since 1995, the legislation determined that the councils of federal universities have to appoint three names for the office of dean

Throughout the next four years, all 68 Brazilian federal universities will hold elections for dean. Each of them will present to the Ministry of Education a list with three names after the result of these elections, and suggest the appoint of the first one in each list. These selections will represent a major challenge for Bolsonaro’s government, since the Ministry of Education does not necessarily have to appoint the first one of the list, but in the rare times Brasília contested the decision of the institutions, there was strong resistance.

The challenge has already begun. In the last few days, two institutions selected their deans: the Federal University of Grande Dourados (UFGD), in Mato Grosso do Sul, and the Federal University of the Recôncavo of Bahia (UFRB). They are the first to hold these elections in 2019, under the government of Jair Bolsonaro. Both simply discarded from their lists candidates who were defeated in the voting made by students, professors, and employees, and presented to the federal government only the candidate who won the dispute, as well as two other “dummies” associated to that candidate.

Since 1995, the legislation determined that the councils of federal universities have to appoint three names for the office of dean. The law demands that 70 percent of seats in this council should be made up of professors, but, in practice, the institutions hold “open elections”, where usually a third of the votes are cast by students, a third by employees, and a third by professors. The council then merely ratifies this internal consultation.

To inhibit this practice, last December, the Ministry of Education – still under the Michel Temer administration, launched the 400/2018 guideline, reinforcing the 1995 orientation. Bolsonaro’s government seems willing to push forward this stance of insisting that federal universities should compile such lists using actually 70 percent of votes by professors.

UFGD and UFRB held elections where each category was responsible for one-third of the votes. Afterward, their councils compiled a triple list where only the winner of each election was listed, along with two other candidates from their group – a form of preventing the federal government from refusing the choice determined in the elections by choosing one of the defeated candidates.

In a statement released in its official website, the UFGD specified the proportion of the elections: “The choice for directors of our university has been egalitarian, i.e., the vote of each of the three segments had the same weight.” On March 21, the council drafted the triple list, headed by the winner of this internal election: Etienne Biasotto for the office of dean, and Claudia Lima as vice-dean. But the other two candidates, Liane Calarge and Joelson Pereira, were not included in the list sent to the federal government.

“The labor unions ask that only the winning ticket should be considered by the electoral college. In this case, this is a ticket which belonged to a previous administration, which remained for over ten years in charge of the university and had been defeated in the previous election,” says Joelson Pereira, who came in third in the voting. “Two people associated with the group of the winning candidate have been inscribed in the electoral college, and ended up elected to make up this triple list.”

In an answer to a request for information made by Gazeta do Povo, the UFGD press office came forward: “The equality between professors, administrative technicians and students happened during the previous consultation. Once that process was over, the result was sent to the electoral college, formed with basis on the LDB’s guidelines, in which 70 percent are destined for professors and a maximum of 15 percent for the other two segments which make up the university community (technicians and students). The UFGD Dean’s Office, based on the opinion of its Federal Prosecutor’s Office, concluded that this equality adopted in the proceedings of this previous consultation is valid.”

A similar situation happened in UFRB, in Bahia, with the difference that one of the defeated candidates, José Fernandes de Melo Filho, filed in Brasília on March 20 a petition for the opening of an administrative process within the Ministry of Education. “I came in second place in a process marked by errors which go against the regimental norms and the principles of legality determined by the federal legislation which disciplines the process of composition of this triple list for the appointment of deans,” he claims.

“Up until this election, both the direction of the university and the unions and associations of professors, servers, and students, had always defended the result of the informal consultation as a reference to make up this triple list. They did it as part of a scenario which aimed to simulate a democratic process,” says José Fernandes de Melo Filho. “This time, my name has been removed from the triple list, through a scheme to disqualify the democratic exercise and our council, which has been set up and thought of to perpetuate the current officials, who have been in power for precisely 14 years.”

The winner of the voting, Georgina Gonçalves, heads the list. But José Fernandes, the only competitor, has been excluded. “The triple list should contain the name of the other candidate, my name, and a third one. But they added two names of the same group as the winning candidate, two people who had not been in the previous voting, rigged votes, and left me outside,” accuses José Fernandes de Melo Filho. “What is even worse is that the other two candidates are people who are members of the university council, and worked during the elections for the winning candidates trying to obtain votes for her.”

In a show of support for the excluded candidate, a group of nine professors sent to the Ministry of Education a statement of repudiation, in which they state: “Federal universities, since the beginning of this century, have ceased to follow the legislation when it comes to choosing their officials (…), due to a pact made between labor unions and professors who have the ambition of becoming university officials. (…) We consider that this process should be annulled, and a new public consultation should be held.”

Professor Amílcar Baiardi, who heads the list of signatories of the statement, sums up the process like this: “The triple list had two dummies and the official candidate.” He also questions the method of choosing deans in the country. “No university in the world has a selective process similar to the one used in Brazil. Usually, the choice is a result of an internal process, involving the monitoring of professors who most stand out in their areas and in the university environment.”

UFRB released a statement through its press office: “The extraordinary session of the University Council (CONSUNI) which addressed the composition of the Triple List for the appointment of Dean of the Federal University of the Recôncavo of Bahia (UFRB) was held on February 27, 2019, and followed all guidelines of the current legislation.”

We tried to obtain the Ministry of Education’s point of view on the matter, but there was no answer.