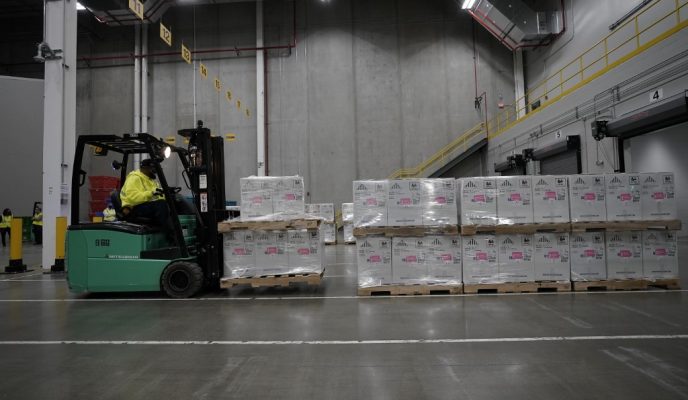 The United States will begin this week to vaccinate its population against the novel coronavirus, after the COVID-19 vaccine produced by Pfizer and BioNTech was given the green light by the country’s Food and Drug Administration agency. John le Carré, a former British spy who became one of the country’s most successful and best-selling novelists, has died at the age of 89 from pneumonia. A new survey published by Datafolha has shown that 37% of Brazilians consider president Jair Bolsonaro’s performance in office as “excellent” or “good”. Several services owned by tech giant Google, such as Gmail, Google Docs, and YouTube, experienced a massive outage in several countries around the world this morning, causing great concern among users who use them on a daily basis. Finally, Russia’s Gamaleya Institute issued today a report in which its COVID-19 vaccine, Sputnik V, allegedly obtained a 91.4% efficacy rate after conducting its phase 3 trial with over 22 thousand people.

After giving the green light to the Pfizer-BioNTech vaccine against the novel coronavirus, The United States kickstarted today its plan to immunize 20 million individuals by December 31st. Four out of ten Americans, however, still say they do not want to get vaccinated, according to a poll conducted by the Pew Research Institute in November. Two out of these four, however, admit they will accept getting immunized after others do it. The first groups to receive the vaccine are health sector professionals and those who live and work in retirement homes and medical clinics. There are currently around 24 million who fit this profile in the country. The emergency use of Pfizer’s immunizing agent was authorized on Friday night by the US Food and Drug Administration agency, and 2.9 million doses will already be shipped this week.

British best-selling novelist John le Carré died this Saturday, at the age of 89. According to a statement issued by his publisher, Penguin Random House, he did not resist a battle with pneumonia, and passed away in the southwestern English region of Cornwall. Born David Cornwell, le Carré acted as a secret agent in Switzerland while he studied German in the country during the 1940s, and later joined the British Foreign Service as an intelligence officer, recruiting and running spies from an MI5 office in London. At the same time, he adopted his pseudonym and began to write espionage novels, always by hand, which eventually revolutionized the genre. Among some of his most famous works are “The Spy Who Came in from the Cold”, “Tinker Tailor Soldier Spy” and “The Constant Gardener”, and several of them were adapted for the cinema and TV.

President Jair Bolsonaro has had his performance in office considered “excellent” or “good” by 37 percent of Brazilians, according to figures from a poll released by Datafolha this Sunday. This is virtually the same approval rate obtained by the president in the institute’s latest poll, conducted in August. Datafolha interviewed 2,106 people between December 8th and 10th. His administration has been considered “bad” or “terrible” by 34 percent of those who were interviewed, and “regular” by 29 percent. Bolsonaro’s approval rate is higher among businessmen (56%) and inhabitants of the Northern and Central-Western regions (47%), while his rejection rate is highest among students (59%) and those who already have a higher education degree (48%).

Users from several countries, such as Brazil, the United Kingdom, India, Mexico, and the United States, reported having problems this morning with several services owned and operated by internet giant Google, such as its email service provider, Gmail, its video-sharing platform, YouTube, as well as several others, like Google Drive, Google Docs, and Google Photos. According to the Downdetector website, in which users report issues with their internet services, the problems began at around 8:30 a.m. today, Brazilian time. The term “Google” was one of the most mentioned on Twitter this morning. The company, however, has not issued any official statement on the matter, and all services now appear to be functioning normally.

Russia’s Gamaleya Research Institute of Epidemiology and Microbiology, responsible for developing a vaccine against the novel coronavirus in the country, announced today that their immunizing agent, named Sputnik V, has obtained a 91.4 percent efficacy rate at the end of its phase 3 trials, with over 22 thousand people tested. According to a statement posted on Sputnik V’s website, the calculation was based on the analysis of data of the 22,714 volunteers who received both the first and the second doses of the vaccine or placebo at the third and final control point of 78 confirmed cases, in accordance with phase 3 clinical trials protocol. According to the researchers, the vaccine has also shown a 100% efficacy rate against severe COVID-19 cases: only 20 of them were registered, and exclusively among those who were given the placebo. No unexpected side effects were registered, according to the statement.