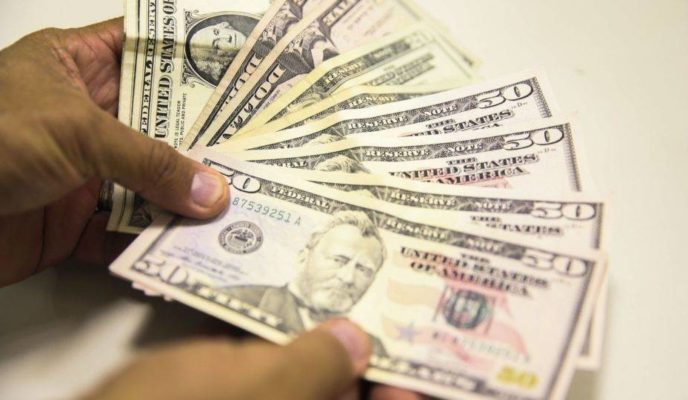 The US dollar reached a new historical high in Brazil, at R$ 4.2693, after controversial statements made by Economy minister Paulo Guedes in the United States. Citizenship minister Osmar Terra has accused the president of Brazil’s National Health Regulatory Agency of pushing for the legalization of cannabis cultivation in the country. An 18-year-old student is the fourth person to die during widespread protests in Colombia against the government of president Iván Duque. In Mali, three French soldiers who were in the country as part of an antiterrorist task force, died in a crash between two helicopters; the cause of the accident has not been disclosed by the French government. Finally, US government buildings have been placed on lockdown after an airspace violation was detected in the country’s capital, Washington D.C.; jet fighters were sent to investigate the plane, and it eventually was declared to be non-hostile.

The commercial dollar reached a new historical high in Brazil on Tuesday, after hitting the R$ 4.2693 mark, after comments made by Economy minister Paulo Guedes on Monday. During an event in Washington D.C., Guedes maintained that the equilibrium exchange rate went up due to a tighter fiscal policy and a lower interest rate. “Brazil is now a country of lower interest rates and a higher exchange rate. That’s the movement.” Guedes’s speech also described as “an insanity” the recent call made by ex-president Lula for the people to take to the streets, adding: “Don’t be surprised then if someone calls for the AI-5.” The institution of the Institutional Act no. 5 was one of Brazil’s military dictatorship’s most violent and antidemocratic decisions.

Citizenship minister Osmar Terra accused William Dib, president of Brazil’s National Health Regulatory Agency, ANVISA, of “trying to push for the legalization of marijuana cultivation in the country in every possible way.” In an interview with O Globo, Terra claimed Dib tried to push into the institution’s Tuesday meeting two items concerning the issue, due to the fact that his mandate as president is drawing to a close. On his Twitter account, he wrote that this is being pushed by “lobbies made by foreign companies which want to profit from the addiction of our young people.”

18-year-old student Dilan Cruz is the fourth fatal victim in the widespread protests held in Colombia against president Iván Duque’s government. He died on Monday after being hit by a tear gas canister fired by the police against the back of his head, and spending two days hospitalized. A video registered the incident, and the student quickly became the face of the demonstrations which ask for the end of abuse committed by the country’s security forces, among other demands.

Three French soldiers died in a crash between two helicopters on Monday night, during a mission against jihadi militants in Mali. The French government did not disclose the cause of the accident, in which a transportation helicopter collided with an attack chopper. President Emmanuel Macron expressed his grief and sent his solidarity to the families of the victim on his Twitter account. In 2013, France sent thousands of soldiers to the African nation, after militants with ties to Al-Qaeda took large swathes of the country, and with the help of Malian antiterrorism forces were able to reconquer that territory. Since the beginning of the operation, 38 French servicemen have died.

Airspace violation reported in US capital

The White House and the Capitol, seat of the United States legislative branch, have been briefly placed on lockdown this morning, after an unidentified aircraft violated the restricted airspace over the country’s capital, Washington D.C. For about 30 minutes, security personnel ordered people not to approach the site near these buildings. North American Aerospace Defense Command jet fighters were deployed to investigate the situation, but, according to NORAD sources, “the plane is not considered hostile at this time.”