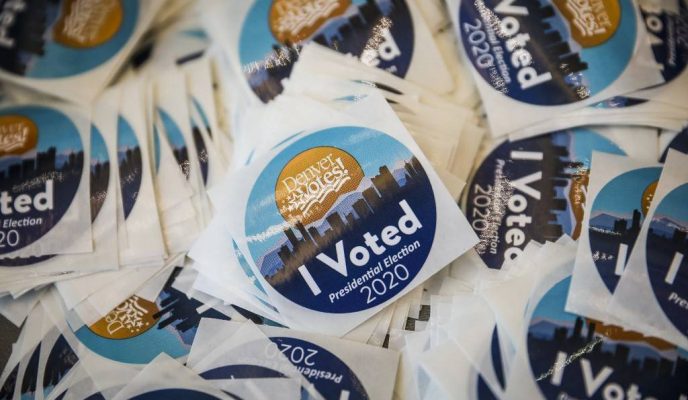 The United States presidential elections are still undecided, as votes are still being counted in many of the so-called must-win states. President Donald Trump, the Republican candidate for reelection, used his Twitter account to complain that several of his votes were “magically disappearing”. Meanwhile, the Democratic Party has retained control of the House of Representatives. Several states have also voted on other issues, and many of them approved the relaxation of drug laws. Rio de Janeiro senator Flávio Bolsonaro, son of Brazil’s president Jair Bolsonaro, has been charged by state prosecutors with graft and money laundering, along with several of his aides, in an investigation on the theft of public funds while he was a member of that state’s Legislative Assembly. Brazilian vice-president Hamilton Mourão took several foreign ambassadors on a trip to the Amazon region, in order to show his government’s commitment to environmental demands made by the international community. Finally, the Islamic State has claimed responsibility for the recent terrorist attack in the Austrian capital, Vienna, which left at least four people dead and several wounded.

US elections still undecided as race tightens in key states

The world is watching closely as the United States scramble to find out who will come out victorious in the presidential elections held nationwide this Tuesday. Votes are still being counted in several must-win states, and the dispute between the Republican candidate, current president Donald Trump, and the Democrat, former vice-president Joe Biden, is becoming increasingly tighter. Polls closed at 8 p.m. on Tuesday, and by Wednesday morning seven states still did not have a clear winner. Trump obtained a key victory in Florida, after a surprising lead in the state by his opponent, and in Texas, a traditionally conservative state which is showing an increase in the number of Democrat votes. Trump used his social media accounts to accuse flaws in the process, claiming that several of his votes “started to magically disappear”.

As well as choosing their next president, American voters were asked a series of questions in the week’s federal elections, which differed in each state, and ranged from issues such as the legalization of drugs and abortion to the choice of their next senators and representatives. Voters in four states – New Jersey, Arizona, Montana and South Dakota – have approved the decriminalization of marijuana, joining 11 other states where the recreational use of the drug is already allowed. Voters in Oregon approved the decriminalization of the possession of small amounts of harder drugs, such as cocaine, heroin, and methamphetamine. In Mississippi, voters approved the medicinal use of marijuana, and chose to remove the controversial Confederate symbol from the state flag. The Democratic Party has retained control of the House of Representatives, while the race for the Senate is still open, with the reelection of current Republican majority leader Mitch McConnell.

Brazilian politician Flávio Bolsonaro, son of the country’s president, Jair Bolsonaro, and currently a senator for the state of Rio de Janeiro, has been charged by that state’s prosecutors with graft and money laundering as part of an ongoing investigation into the theft of public funds while he was a congressman at Rio’s Legislative Assembly. As well as Flávio, his former aide, Fabrício Queiroz, pointed out as the scheme’s main operator, has been charged, along with 15 other former aides. The prosecutors did not provide a detailed summary of the case, as it remains under seal as the investigation continues. The case is another serious blow to one of president Bolsonaro’s main campaign promises during the election he won in 2018: to eradicate the culture of corruption in Brazilian politics.

“Nothing to hide, says Mourão before taking ambassadors to the Amazon

Today, Brazilian vice-president Hamilton Mourão joined several government ministers and foreign ambassadors on a plane trip to the Amazon. The trip was scheduled after eight European countries sent him a letter demanding measures against the recent deforestation in the region, and warning about the difficulty of importing products. “The great objective of our trip was to show that the Brazilian government has nothing to hide, and that we are open to all and any dialogue necessary to show our commitment to the international community,” he said. Diplomats from South Africa, Germany, Canada, Colombia, Spain, France, Peru, Sweden and the United Kingdom were among the passengers.

In a statement released yesterday, ISIS, the self-proclaimed Islamic State, claimed responsibility for the terrorist attack which left at least four people dead and 22 injured in the capital of Austria, Vienna. The jihadist group issued a message via its Telegram channels pointing out that a “soldier of the caliphate” was responsible for attacking groups of people “with an automatic rifle and a knife” near a synagogue and the Vienna State Opera. Another message showed a video of the armed assailant, accompanied by a caption with his codename “Abu Dayena al-Albani”, which indicates his likely Albanian origins; Austrian authorities have identified the terrorist as Kujtim Fejzulai, an Albanian-Macedonian sentenced to 22 months in jail in 2019 after travelling to Syria to fight for the Islamic State. In the footage, the extremist swore allegiance to ISIS’s new leader, Abu Ibrahim al-Quraishi, who replaced Abu Bakr al-Baghdadi, killed a year ago.