Fale a língua do mundo. Faça Wise Up.
Wed 23 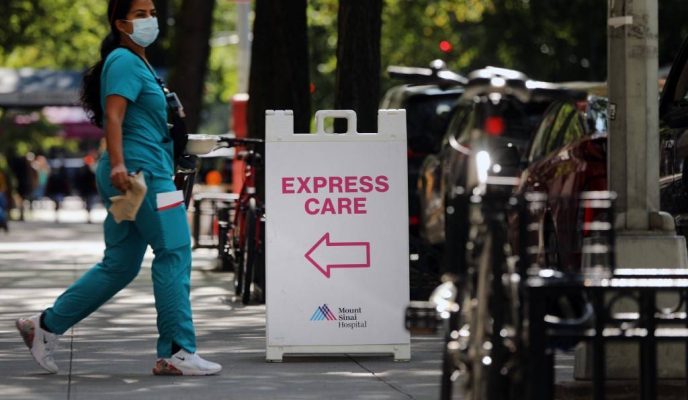 As the United States has broken the 200-thousand death mark caused by COVID-19, several European countries have decided to resume lockdown restrictions in order to prevent the arrival of a second wave of the disease, and Brazil registered 836 deaths caused by the novel coronavirus during the past 24 hours. Brazil maintained the tradition of opening all annual United Nations General Assembly meetings, and president Jair Bolsonaro maintained the aggressive tone of last year’s speech, defending the stance adopted by his government on environmental issues and praising US president Donald Trump for his role in the recent peace deals made between Israel and other Middle Eastern nations. Former Rio de Janeiro drug lord “Crazy Elias”, who became notorious after brutally murdering an undercover TV reporter, has been found dead in his cell at a maximum-security penitentiary. Italy held a referendum in which the majority of voters approved a drastic reduction in the number of members of its Parliament. Finally, a New York Police Department officer has been arrested under charges of spying on members of the city’s Tibetan community under orders of Chinese authorities.

Yesterday, the United States broke the 200-thousand-death mark due to the novel coronavirus pandemic, and nearly 7 million Americans have already been infected. The US is currently the most affected country in the number of deaths, followed by Brazil and India, with 137 thousand and 88 thousand, respectively. Meanwhile, Europe is experiencing the fear of a second wave of the disease. After a brief period of respite, during which several countries reopened shops, restaurants, and bars, the continent witnessed a sudden surge in the number of cases and has begun to implement new lockdown restrictions in order to avoid a second wave. Yesterday, Brazil registered 836 deaths during the past 24 hours.

“If the media criticized, it was a good speech,” says Bolsonaro

Brazilian president Jair Bolsonaro maintained the same hostile tone he had in last year’s opening address at the United Nations General Assembly, and in this year’s speech – recorded on video and broadcast remotely due to the novel coronavirus pandemic – he said that fires in the Amazon and the Pantanal region are not out of control, mentioned actions taken by his economic team to minimize effects caused by COVID-19, criticized a so-called “Christophobia”, and praised United States president Donald Trump’s efforts in the recent peace deals between Israel and Arab countries. After hearing about criticism from several media outlets, he declared as he returned to the Alvorada Palace: “if the media is criticizing, it was a good speech.”

Elias Pereira da Silva, a former Rio de Janeiro drug lord known as “Crazy Elias”, was found dead yesterday afternoon in his cell, at a maximum-security federal penitentiary in Catanduvas, in the southern state of Paraná. In a statement, the National Penitentiary Department confirmed his death, and said that the crime scene was being preserved for coroners and Federal Police officers. Elias had been convicted for a total of nearly 60 years in jail for several crimes, among them 28 years for the brutal murder of Globo TV journalist Tim Lopes, which happened in 2002 while Lopes was doing an undercover investigation involving the sexual abuse of minors in Rio’s notorious “funk balls”.

Italians approve reform to reduce Parliament by a third

The Italian population has approved, in a referendum held on Monday, to reduce the country’s Parliament by a third. 69 percent of voters approved to reduce the number of congressmen and senators from 945 to 600 in the next legislature. Even though the current center-left government, headed by Giuseppe Conte, claimed it had obtained “a historic result”, the hard-right League party of Matteo Salvini, former deputy prime minister, said it had been advantageous for them. The referendum was staged simultaneously with elections in seven of Italy’s 20 regions.

NY officer accused of spying on Tibetans for China

A New York City police officer was arrested on Monday after being charged by federal prosecutors of spying on members of the local Tibetan community and reporting their activities to Chinese officials in the local consulate. According to NYPD Commissioner Dermot Shea, 33-year-old community affairs cop Baimadajie Angwang, himself of Tibetan origin, “violated every oath he took in this country”, “one to the United States, another to the US Army, and a third to this Police Department,” by spotting and assessing “potential ethnic Tibetan intelligence sources in the New York metropolitan area” to Chinese consulate officials. According to court documents, Angwang was explicit about his motivations, telling his PRC official handler that he wanted to get promoted within the NYPD so that he could assist the PRC and bring “glory to China.”