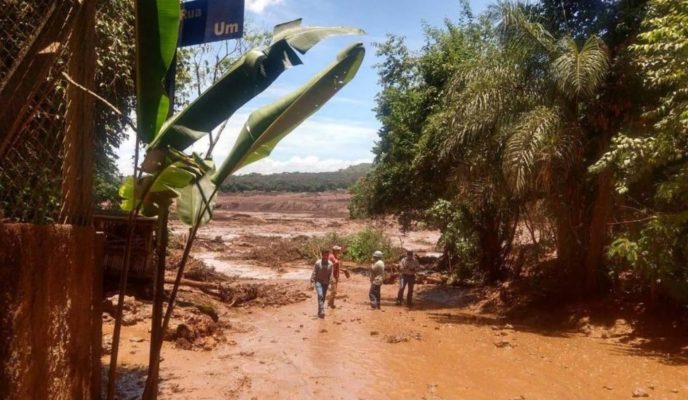 It has happened again. In Brumadinho, Minas Gerais, a Vale’s tailings dam collapsed. It’s yet unknown if there are casualties. Hundreds are missing. Following an investigation into corruption schemes involving toll roads in Paraná, the former governor of the Southern state, Beto Richa (PSDB), was arrested—again—this morning. Since it’s a preventive arrest warrant, there’s no due date for his release. As Beto Richa was granted safe conduct by the STF Justice Gilmar Mendes, however, he’s expected to be released soon. The Venezuelan crisis is far from a resolution. Despite international pressure, Maduro stubbornly and violently resists. In California, a state senator has banned gender pronouns during sessions in the state upper chamber. Finally, and maybe as a sign of redemption in a troubled week, the Nazi architect Albert Speer’s daughter is awarded for helping Jewish women in Germany.

A one-million-cubic-meters tailings dam owned by the mining company Vale collapsed this afternoon in Minas Gerais. So far, the waste hit the company’s administrative area and the Ferteco Village nearby. The Paraopeba River was also hit and residents of several small cities near the state capital, Belo Horizonte, had to leave their homes. It’s yet unknown if there are fatal victims. Hundreds are missing. Rescuers using helicopters strive to save people from the toxic mud.

The former Paraná Governor Beto Richa (PSDB) was arrested again. According to an inquiry by the Prosecution Office and the Federal Police, the politician was the leader of a corruption scheme involving toll roads in Paraná. Richa was arrested at home and jailed at the Cavalry Police Regiment. The accountant Dirceu Pupo Ferreira was also arrested. Because of the safe conduct granted by STF Justice Gilmar Mendes last year, Beto Richa is expected to be released soon.

Maduro resists thanks to international support and the use of violence

In Venezuela, after the eventful Wednesday, the dictator Nicolás Maduro still resists. Yesterday, the despotic leader received important international support from China. The Asian communist country has warned the U.S.A. against taking any military action to overthrow Maduro. Top officials from the Venezuelan Army also swore allegiance to Maduro. Meanwhile, the death toll mounts as Maduro increases police repression against the opposition.

The California State Senator Hannah-Beth Jackson announced last week that gender pronouns are officially banned during sessions of the California Senate Committee. Instead of “he” or “she,” senators are expected to use “they,” considered a gender-neutral pronoun in English. The measure, according to the Democratic senator, recognizes the “non-binary” gender. California was the first American state to recognize the non-binary gender in official documents, in 2017.

Hilde Schramm, daughter of Albert Speer, known as Hitler’s architect, received the Obermayer German Jewish History Award. Since 1994, she has led the Zurueckgeben Foundation, a project that uses funds raised in auctions of items from Speer’s art collection to help Jewish artistic projects in Germany. At eighty-two, Schramm has already been awarded the Moses Mendelssohn Prize, given to people who promote tolerance.