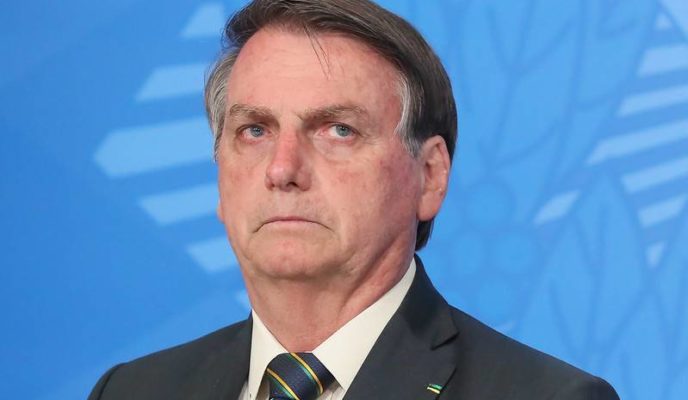 President Jair Bolsonaro addressed again the recent decision made by U.S. president Donald Trump of restoring tariffs on steel and aluminum imports from Brazil, and denied Trump’s accusations that the country is deliberately interfering with the dollar exchange rate. A report released by the Brazilian Geography and Statistics Institute revealed that the Brazilian Gross Domestic Product has grown for the second consecutive quarter in a row. The latest edition of the Program for International Student Assessment, which lists 79 countries and territories according to their level of education, has placed Brazil once again in the last positions. The U.S. Congress has approved a bill condemning China for its policy of persecuting ethnic minorities and placing them in so-called “education camps.” Finally, the North Korean dictatorship has inaugurated a new city designed to display its “socialist utopia”.

“We are not artificially increasing the price of the dollar,” says Bolsonaro

Brazilian president Jair Bolsonaro commented on Wednesday, as he left the Alvorada Palace, United States president Donald Trump’s statements on intentional currency devaluation and the tariffs on steel and aluminum imports. Bolsonaro denied any interference: “we don’t want to increase artificially, and we are not artificially increasing the price of the dollar.” US Secretary of Commerce Wilbur Ross said that the tariff has no relation whatsoever with China, but with exchange rate manipulation.

Brazilian economy grows for the second consecutive quarter in a row

The Brazilian economy has grown for the second consecutive quarter in a row, according to a report released on Tuesday by the Brazilian Geography and Statistics Institute, IBGE. According to the report, the country’s Gross Domestic Product grew by 0.6 percent in the third quarter, compared to the previous three months. In the last quarter, the GDP had already risen by 0.5 percent, also according to IBGE. Agribusiness was the biggest-growing sector, with a 1.3 high over the last quarter, followed by the industry, at 0.8 percent. Exports shrank by 2.8 percent, while imports, on the other hand, grew by 2.9 percent.

PISA 2018: Brazilian students are still among the worst in the world

It seems old news, but, unfortunately, it isn’t. In the latest edition of OECD’s Program for International Student Assessment (PISA), Brazil is once again among the last in the list of 79 countries and territories evaluated. The country is in the 57th position in reading, 66th place in science, and 70th in maths, with scores well below the participating countries’ average. Education minister Abraham Weintraub discussed the PISA results at a press conference, where he lashed out at the press: “stop lying, the PISA 2018 results are not Bolsonaro’s fault,” adding that “it is hard to recuperate students who have been educated by the Workers’ Party for 14 years.”

On Tuesday evening, the United States House of Representatives approved a bill aimed at increasing pressure on China over a brutal mass crackdown on ethnic Muslims in the region of Xinjiang. The Uighur Human Rights Policy Act, which has already passed in the Senate, has been approved by 407 votes to 1. The legislation condemns “the detention of more than 1 million Uighurs, Kazakhs and other minorities in so-called reeducation camps, where they are subjected to political indoctrination, torture, beatings, and food deprivation, as well as denial of religious and linguistic freedom.” The measure sparked a furious response from the Chinese Foreign Ministry, which accused the U.S. of interfering in its internal affairs.

In a nation affected by widespread poverty, North Korea’s state-owned media outlets used their propaganda machine this week to celebrate the official opening of a new city: Samjiyon – the country’s “socialist utopia”, according to the official news agency. With ski slopes, commercial facilities, hotels, and homes for thousands of families, built using what human rights activists have likened to “slave labor”, the city seems designed to project a very different image from that of the brutal regime described by those who managed to flee the country. Samjiyon was built deliberately near Mount Paektu, a sacred landmark held to be the birthplace of Kim Jong-un’s father, Kim Jong-il.