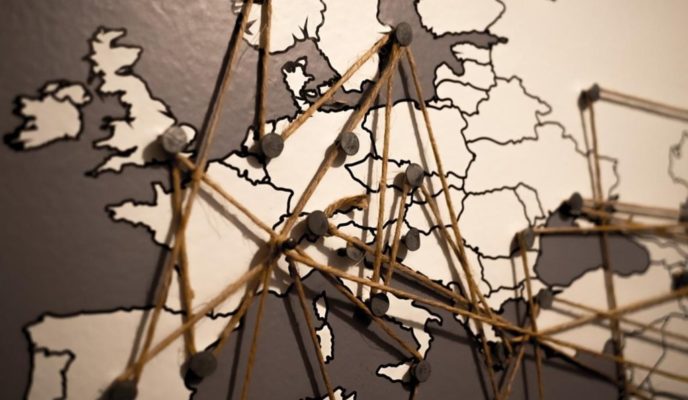 During the presidential debate broadcast by RedeTV! last Friday (17th), candidate Cabo Daciolo (Patriota) defended the return of paper ballots in the elections because, according to him, there are frauds in the electronic voting machines aiming to help elect the “new world order candidate”, without identifying who that was.

The new world order is a subject which crops up frequently in conspiracy theories to describe an authoritarian government which supposedly superimposes itself to the sovereignty of all nations, formed by a secret elite who also controls the communication media. The expression has also been used in several moments in history to describe a breaking point in the way international relations are handled and in the power balance changes, especially after periods of war.

Politician and thinkers have also used the term to describe the possibility of a global cooperation. In 1991, then-US president George Bush made a speech in Congress right after the end of the Gulf War in which he announced the beginning of a “new world order”.

“This is a victory for every country in the coalition, for the United Nations. A victory for unprecedented international cooperation and diplomacy”. For the former president, the challenge was clear: Saddam Hussein was the bad guy, Kuwait, the victim, and several nations got together to put an end to the aggression. Bush then announced the coming into view of a world with a “very real prospect of a new world order”.

Scottish historial Niall Ferguson says that there has always been suspicions of powerful networks that secretly dominated the world, and such suspicions are increasing as the world becomes more interconnected. The System, the Jews, the Freemasons, the Illuminati, to name a few. “Nearly all that is written in this vein is rubbish”, says Ferguson in his book “The Square and the Tower: Networks, Hierarchies and the Struggle for Global Power”.

The Order of the Illuminati is one of the most frequently accused in internet forums of trying to dominate the world.

That Order did indeed exist. The Illuminatenorden was founded nearly two and half centuries ago, in Bavaria, and was of a fraternity that functioned in secrecy. The organization’s ultimate objective was to enlighten the understanding by the sun of reason, which will dispel the clouds of superstition and of prejudice, quotes Ferguson. The Order sought to lessen the Church’s interference in the public life.

It is more difficult to explain how the modern myth came about, that an order formed in 18th century Bavaria would still be conspiring to impose a totalitarian government over the entire world, and that its members are infiltrated even in the entertainment industry.

“The problem with conspiracy theorists is that, as aggrieved outsiders, they invariably misunderstand and misrepresent the way that networks operate.” For the historian, people who believe in such theories assume that these elite networks easily control power structures. “My research – as well as my own experience – suggests that this is not the case.”

In Brazil, philosopher Olavo de Carvalho claims the New World Order is real, and says that international organisms and superpowers are influencing the country with plans and operations.

Some authors and experts defend forms of global government. Writer and historian Yuval Noah Harari, author of the best-seller Sapiens, believes the left-right division has become irrelevant, being replaced by the division between global and national. For Harari, national policies may not work in a world in which the economy and the environment are global.

“All the major problems of the world today are global in essence, and they cannot be solved unless through some kind of global cooperation”, said the writer during an interview to the TED Dialogues series, in February 2017.

“It’s not just climate change, which is, like, the most obvious example people give. I think more in terms of technological disruption. If you think about, for example, artificial intelligence, over the next 20, 30 years pushing hundreds of millions of people out of the job market — this is a problem on a global level. It will disrupt the economy of all the countries. And similarly, if you think about, say, bioengineering and people being afraid of conducting, I don’t know, genetic engineering research in humans, it won’t help if just a single country, let’s say the US, outlaws all genetic experiments in humans, but China or North Korea continues to do it. So the US cannot solve it by itself, and very quickly, the pressure on the US to do the same will be immense because we are talking about high-risk, high-gain technologies. If somebody else is doing it, I can’t allow myself to remain behind. The only way to have regulations, effective regulations, on things like genetic engineering, is to have global regulations. If you just have national regulations, nobody would like to stay behind.”

However, globalization – and globalism – movements are also under attack. The pro-Brexit vote, Donald Trump’s victory and the rise of nationalism in Central Europe are part of such reactions.

University of Maryland’s Professor John Rennie Short, for instance, is one of the researchers who appointed, in an article to the website The Conversation, several world phenomena as signs of the existence of a trend that runs against economic, cultural and political globalization. “Support for Brexit came in large part from those worried about their jobs and the entry of immigrants. Similarly, the Midwest of the U.S. – the industrial heartland hurt by global competition – was the linchpin of Donald Trump’s victory.”