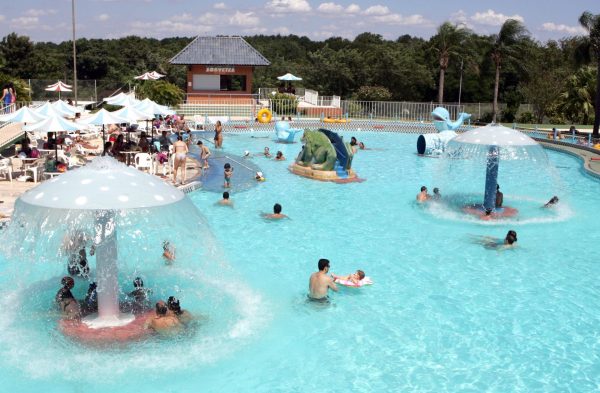 Transmission of microorganisms and infections through pool water is not as easy as it seems, but exams have an important health role

The routine is known by every vacationer: in front of the doctor, open your toes wide, then your fingers, lift up your hair and raise your arms. If everything is fine, you get the green light so you can enter, without any restrictions, club or public pools and take relief from the summer heat.

The swimming pool exam does not serve necessarily to avoid the transmission of mycosis or other skin diseases among people who are in the water, but that doesn’t mean it isn’t useful. As experts explain, the exam acts as an important way to prevent summer problems, like sunburns and insolation.

The pool tank, controlled by substances such as chlorine, is not favorable to the transmission of skin diseases, according to dermatologist Kátia Sheylla Malta Purim, an advisor at the Mycology department of the Brazilian Dermatology Society (SBD).

“The problem is not the pool itself, which has many chemical products and is usually monitored by a bacteria and water control system. The major concerns are shared environments, where there could be still water, such as the small pool where people wash their feet, the pool surroundings, or even the dressing room,” explains the dermatologist, who is also a professor at Positivo University, in Curitiba.

People who have any lesions in their skin and end up getting in touch with some microorganism in still water are in greater risk of developing an infection – and the conversation with the doctor during the swimming pool exam may help with that.

“The idea is that the exam should serve more as an orientation, to prevent and educate. If the person has some sort of skin problem, they will be more conscious and avoid exposure to this still water. The exam is also the moment to stress precautions against the sun, preventing insolation or sunburns,” suggests Purim.

To avoid mycosis infections – commonplace in the summer, due to the heat and humidity – prevention shouldn’t lie in avoiding to enter public swimming pools, according to João Luiz Carneiro, a general practitioner at VITA hospital. The biggest care should lie with personal hygiene.

“The person should remember to dry well between the fingers and toes, after entering the swimming pool or taking a shower. People should also avoid wearing wet socks or using the same towel several times. Towels may transmit diseases, but it is rare. If you use a swimming pool towel, make sure it has been properly washed,” the doctor stresses.

Other important cares at this time of the year, according to dermatologist Kátia Purim, are:

Dry well. No matter if it’s the space between your toes or any fold of your body, make sure everything is dried and aired after you swim in a pool, in the ocean, in a waterfall, or even after you shower.

Avoid colognes and perfumes, especially those which are citric, or have lemon or lime in it. That avoids the risk of getting sunburnt.

Tanning. Always use quality sunblock, and never use products such as paraffin and oils, among other uncontrolled substances. The risk of getting sunburns is then greatly reduced.

Sun under control. As well as sunblock (which should be used before leaving the house, and then repeatedly every time you leave the water), another important care during the summer is keeping yourself hydrated. Avoid also spending too much time under the sun, to avoid insolation, and follow the rule of the most adequate hours to go to the beach: before 10 am and after 4 pm.

Watch out for pools. Pavements around swimming pools tend to be rugged, to avoid slips. Watch out also so you don’t walk around barefoot, to prevent cuts.