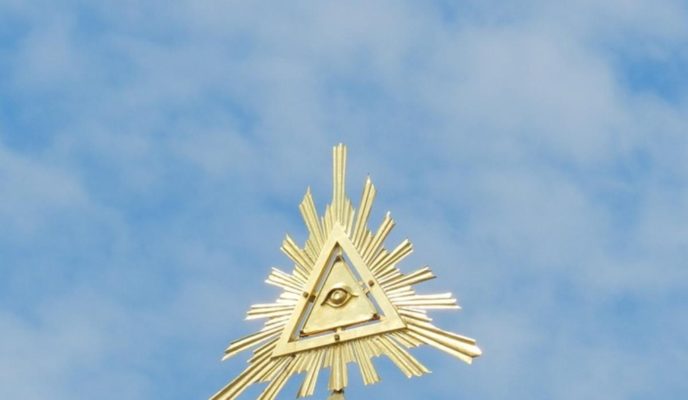 From time to time a new conspiracy theory appears, with the Illuminati as their main characters. This secret order has been portrayed many times in movies and books, and several groups throughout history have used the name “illuminati”, which means “the enlightened ones”.

The name appeared with a secret societ of thinkers founded in Bavaria, in 1776. It was created to oppose the state’s abuse of power, religious influence, as well as the marginalization of women. The leader of the movement was philosopher Adam Weishaupt, who adopted the name “Brother Spartacus” in the order.

The society was soon banished by the government of Bavaria, with the support of the Catholic Church, in 1785. But for those who believe in the theories spread through the internet, the group is alive and well.

Brazilian presidential candidate Cabo Daciolo (Patriota), for instance, recently took refuge on top of a hill, on August 13th, claiming that the Illuminati were trying to kill him after he attacked the group. For the candidate, as well as many other people, the Illuminati are still out there, scheming the implementation of the New World Order, a totalitarian globalist government made up of people chosen by the secret elite.

Nowadays, some fraternities claim to be descendent of the original Illuminati. However, there are no evidences that these current groups managed to obtain any relevant political power or significant influence.

From the hippies to the social media

Some politicians and religious leaders have been accused of belonging to this secret society, as well as artists and other celebrities. The theory is that the entertainment industry was infiltrated by Illuminati members in order to mass brainwash.

Year ago, people used to discuss in internet forums whether rapper Eminem had joined the Order in exchange for fame and fortune. Some people suspected that he was a slave, trying to escape the society, and would use subliminal messages in the lyrics of his songs to prove it. He was not the only one. Celebrities such as Lady Gaga, Beyoncé, Rihanna, and Kanye West were also accused of being Illuminati agents.

In an interview to the BBC in August 2017, writer David Bramwell, who dedicated himself to documenting the origins of this myth, explained that the Illuminati about whom we hear about so much nowadays have little to do with the original Bavarians. Instead, it is the counterculture, LSD and the interest on Eastern philosophy during the 60s that are supposedly responsible for the group’s current incarnation. It all started in the midst of the hippie movement, with the publication of a small book called Principia Discordia.

This work of fiction is a parody text about a satirical belief, the Discordianism, a movement formed by a group who wanted to cause civil disobedience and play practical jokes.

According to what Bramwell told the BBC, writer Robert Anton Wilson and one of Principia Discordia’s authors, Kerry Thornley, “decided that the world was becoming too authoritarian, too tight, too closed, too controlled. They wanted to bring chaos back into society to shake things up, and “the way to do that was to spread disinformation. To disseminate misinformation through all portals – through counter culture, through the mainstream media, through whatever means. And they decided they would do that initially by telling stories about the Illuminati.” And so they did.

In this age of hyperconnected communication, rumors spread more quickly, and many people believe in the several conspiracy theories shared in forums and social networks. These beliefs may have biological causes.

A study published on August 20 in the journal Current Biology describes the discovery of an association between the tendency to explain historical or current events with conspiracy theories and a mechanism called teleological thought (from ‘telos’, “end” in Greek).

Teleological thought is when a purpose or a final cause is attributed to natural events – for instance, when someone says “everything happens for a reason”, or “the bees have the purpose of pollinizing flowers”.

The authors, psychologists from the University of Fribourg (Switzerland), have identified that the conspiracy thought is associated to a teleological bias – that is, the tendency to think in a teleological way would lie behind the inclination to explain socio-historical events in terms of evil and secret conspiracies.

Philosopher Pierre-André Taguieff, author of the book La Foire aux illuminés (2005), states that the Illuminati narrative gives us the impression of knowing the cause of our misfortunes. “For the young people who consider themselves victims of something, that big omnipotent explaining narrative is extremely attractive: they are able to find who is guilty of that. The Illuminati encompass the capitalists, the freemasons, the Jews, the monarchs, the politicians’ circles, pseudo-secret societies, international finances, bankers, and so on.”

Rudy Reichstadt, director of the website Conspiracy Watch, a conspiracy theory observatory, sees a disturbing aspect in this search for an explanation of the world through these theories: “The word ‘Illuminati’ is often followed by anti-Semitic and negationist statements. These young people obtain their historic culture on the web and then stumble onto videos that explain the world in twenty minutes in terms of good and evil”, she pointed out in an interview to Italian newspaper La Repubblica.

“The effect may be very gratifying for young people who are not doing well at school, and are thus therefore able to gain their own political discourse.” According to Reichstadt, there is much work to be done in terms of learning (especially in History), as well as regarding the status of the information gathered on the internet. “We are dealing with a generation that sometimes struggles to distinguishing between reliable sources and non-reliable ones. For instance, they tend to take for granted everything they read on Wikipedia, whatever the subject!,” says Reichstadt.