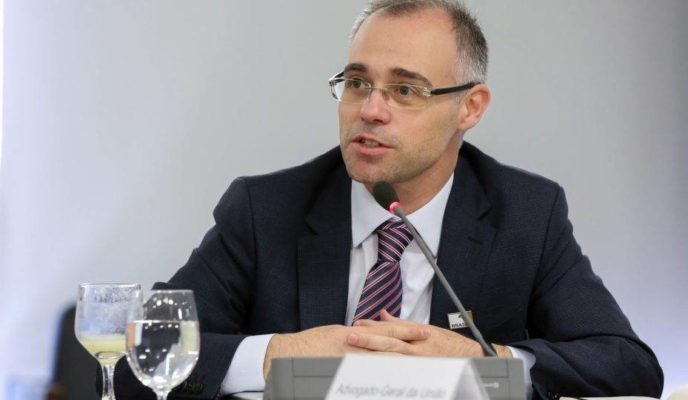 Brazilian president Jair Bolsonaro has indicated that Justice minister Sergio Moro may have lost his favoritism for an upcoming seat in the Federal Supreme Court, after publicly praising Federal Attorney General André Mendonça as a likely contender for the spot. Rio de Janeiro ex-governors Anthony Garotinho and Rosinha Matheus were arrested today by the Federal Police, after accusations made within the Operation Car Wash investigations exposed overcharging in contracts while they were in office. Brazil registered the fourth death by measles; after a 42-year-old man died in the state of São Paulo, a 7-month-old Pernambuco toddler is the latest victim of the highly infectious disease. President Bolsonaro has asked the Ministry of Education to draft a bill banning the teaching of gender ideology from all elementary schools, basing his decision on the constitutional principle of protection of the child. Finally, Pope Francis vetoed the attendance of all politicians currently in office, as well as members of the military of any country, at the upcoming Amazon Synod, which will discuss the current situation of the world’s largest rainforest.

Who is Bolsonaro’s favorite for a Supreme Court seat?

Recent statements made by Brazilian president Jair Bolsonaro have indicated that Federal Attorney General André Mendonça has taken the lead over Justice minister Sergio Moro in the race for the Federal Supreme Court’s next vacant seat, a spot that will be opened in 2020 after justice Celso de Mello’s compulsory retirement. As well as being a member of the government, Mendonça fulfills one of Bolsonaro’s main requirements for the office: he is an evangelical Christian, and is a preacher at the Hope Presbyterian Church in Brasília. He also has a vast track record of fighting corruption, one of Bolsonaro’s main election agendas.

Former Rio de Janeiro governors Anthony Garotinho and Rosinha Matheus were arrested today at the request of Rio de Janeiro State Prosecution Office. Both were targets of search and seizure warrants, according to news portal G1. The indictment came after two Odebrecht executives turned state’s evidence to the Federal Police’s Operation Car Wash, in which they accused the couple of overcharging in contracts of up to R$ 1 billion for housing projects signed between the construction company and the city of Campos.

A seven-month-old male toddler was the fourth fatal victim of measles in Brazil. An inhabitant of the city of Taquaritinga do Norte, in the Agreste region of the state of Pernambuco, the child died in mid-August, but the cause of death was only confirmed this month. São Paulo is still the state with the highest number of cases in the country; 2.2 thousand people were diagnosed with the disease, and last month a 42-year-old man died, as well as two babies. The man had not been vaccinated. Measles is an airborne, highly infectious viral disease, with a high lethality rate.

Pope vetoes politicians in office from attending the Amazon Synod

One month before the Amazon Synod, scheduled for early October in Rome, the Vatican is preparing the final list of Pope Francis’s special guests, who will take part in the discussions about the tropical rainforest – and he vetoed all politicians currently in office. “No politicians in office, nor members of the military,” cardinal Don Cláudio Hummes, general-rapporteur of the Synod appointed by the Pope, told O Estado de S. Paulo. The Brazilian government had expressed its desire to have a voice in the synod, and president Jair Bolsonaro had complained about what he considers an “excessive political influence” in the meeting.