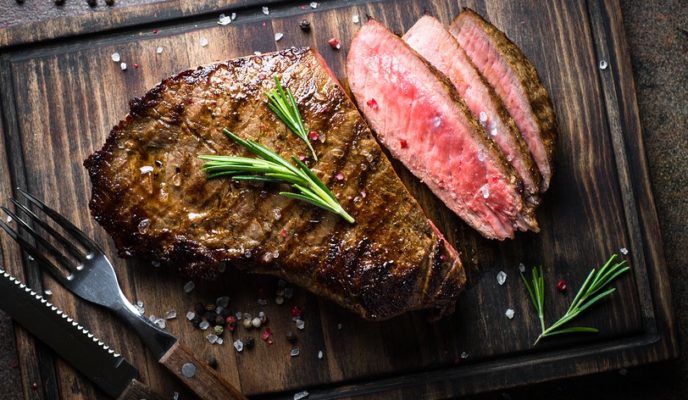 What does breaking with sin has to do with not eating meat on some days of the year?

The abstinence from meat on Ash Wednesday and Good Friday is a widely known custom, even outside the Catholic Church. For long fish has been considered the typical food eaten on the Friday which precedes Easter – often in a refined and abundant way, something that in itself ends up contradicting the meaning of abstaining from meat. But what really is this meaning?

The Catechism of the Catholic Church is extremely brief when discussing fasting and abstinence. The text lists fasting, along with prayer and alms-giving, as one of the three forms of expressing the “Christian’s interior penance”, underlined by the Bible and the Church Fathers – the theologians and preachers of the Church’s first centuries. The Catechism also relates each of them with the expression of the conversion “in relation to oneself, to God, and to others” (CCC 1434), in that order.

Here we already have some interesting ideas. The first of them is that these previous expressions are associated with an interior disposition of penance. The Catechism itself, a few paragraphs earlier, defines interior penance as “a radical reorientation of our whole life, a return, a conversion to God with all our heart, an end of sin, a turning away from evil, with repugnance toward the evil actions we have committed.” (CCC 1431)

But what does breaking with sin has to do with not eating meat on some days of the year? The second interesting idea in that excerpt of the Catechism helps us to understand this connection: fasting is linked with the conversion “in relation to oneself”. Many people repeat that it is better to refrain from gossiping and badmouthing others than to refrain from eating meat, chocolate, or others thinks we enjoy – and rightly so. Indeed, the Scripture is extremely clear about the importance merely relative of fasting – what matters, at the eyes of God, is love and justice. Isaiah (58, 5-7) is emphatic about that:

“Is it such a fast that I have chosen? A day for a man to afflict his soul? Is it to bow down his heads as a bulrush, and to spread sackcloth and ashes under him? Wilt thou call this a fast, and an acceptable day to the Lord? Is it not that fast that I have chosen? To loose the bands of wickedness, to undo the heavy burdens, and to let the oppressed go free, and that ye break every yoke? Is it not to deal thy break to the hungry, and that thou bring the poor that are cast out to thy house? When thou seest the naked, that thou cover him; and that thou hide not thyself from thine own flesh?”

Still, Christian tradition has since its beginning maintained the Jewish practice of fasting, as a modality of ascesis and discipline. The Didache, for instance, one of the most ancient Christian texts – from the 1st century – provides guidance on fasting, as well as the New Testament.

Behind that lies the conscience that “fasting from gossiping” is not that easy (as our own experience may testify): to break with that which is evil, one needs a dose of interior freedom which one often does not have. Therefore, fasting – as any ascetic practice – has the function of exercising our freedom, of freeing us from the need to answer to the first suggestions of our body, our mind, and our environment. It is a way of tidying up the house, so that we have true conditions of putting our lives to the service of good.

Once the meaning of practice has been understood – which makes it clear that gorging on cod is not exactly an expression of penance – what is left is to understand the connection with abstaining from meat. One of the “five precepts of the Church” (CCC 2041-2043) – a set of disciplinary rules which has the goal of guaranteeing “to the faithful the very necessary minimum in the spirit of prayer and moral effort, in the growth in love of God and neighbor” – it talks about observing “the days of fasting and abstinence established by the Church”. It is the Code of Canon Law – the current version, promulgated by Pope John Paul II, is from 1983 – that established the requirement of fasting and abstaining from meat on Ash Wednesday and Good Friday (canon 1251).

The idea, as we can see, is to establish a minimum of penitential practice for the Catholic faithful, inserting him, as the Code says (canon 1249) into a “common observance of penance”. Here we have two other important aspects: the communal dimension of the observance – one makes penance as a community, as an assembly, more than individually – and the proposal, which we might call pedagogical, of “guaranteeing the minimum” of penitential expression in the life of the Christian.

It is like saying that, outside of a more general orientation of interior penance in the life of the faithful and the Christian community, fasting and abstinence in these two days of the liturgical calendar also do not make much sense: this requirement may be an invitation to give more room for ascesis also outside these two days, or a communal expression of a practice already present in the life of the Christian but, if considered in isolation, is much more similar to an empty custom or an eccentricity.

Three more quick observations. As it has already been made clear, the practice of fasting is, to the Church, in a field outside the moral realm. It is a disciplinary orientation. It is not immoral to eat meat on Good Friday. A Catholic may accuse himself of not adhering to the common observance determined by the Church, but it should not be placed on the same level as a moral fault, against his fellow men. Besides, while the Church moral preaching may be valid to every person, the disciplinary orientation is an internal issue.

The second observation regards the question of meat. Fish, in the Mediterranean context, where Christianity and born and developed, was considered a common, simple food. Meat was more appreciated and more expensive. Piety also did not take long to associate meat with the body of Christ, battered during the Good Friday. But the true meaning for meat to be the food officially associated with the ascetic discipline of the Church is the same one that it would be a less austere food and, therefore, inadequate to be consumed in a day of penance.

Lastly, one element of the ascetic discipline that Christian tradition has constantly guarded and that is much less remembered that the “prohibitions” against meat on Ash Wednesday and Good Friday is that Sunday, the day of the Lord, as well as other festive days of the liturgical calendar – the “solemnities” – are days in which no penance whatsoever is done. For the Christians of the first millennium, Sunday is the day in which people do not pray on their knees, but standing up – the posture of the Resurrected. Sunday is a feast day, it is Easter, and that is the heart of the rhythm of Christian life. Penance, in the end, only exists so that one can enjoy more the feast.