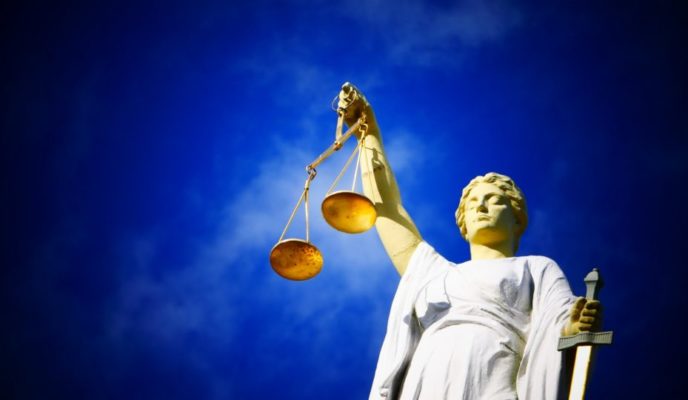 Brazilian courts have the biggest budget per inhabitant in the West, with the exception of El Salvador

A consumer filed a lawsuit in a Bahia court after being cheated from R$ 2.06 (yes, two reais and six cents). The plaintiff alleged he was unduly charged for the pepper and caruru when he bought an abará, one of Bahia’s most typical dishes. He demanded the devolution of the amount he paid, as well as financial compensation for the mental distress he had suffered, a request accepted by the judge, and established at R$ 300.

The case is symbolic, to explain the problems of the Brazilian judiciary: despite winning the cause, the plaintiff moved the whole judiciary apparatus, at a cost esteemed at 1,500 times the amount he gained, and all paid by Bahia taxpayers.

Cases like that are no exception, and are overloading the Brazilian judiciary, which currently has 80 million lawsuits, according to the 2018 report Justiça em Números (“Justice in Numbers”). The amount of lawsuits in Brazil per 1,000 inhabitants is almost five times more than Germany, Sweden, Austria, and Israel. Due to this excessive judicialization, the congestion rate in the country’s courts exceeds 70 percent, causing trivial lawsuits to take years to be tried. In the Bahia Appellate Court, where the 50-cent pepper and the R$ 1.56 caruru were ruled, is precisely the court in the country with the biggest congestion rate: 83.9 percent. This scenario makes answering a lawsuit in Brazil a real paradise, whereas those who file the lawsuit are forced to undergo a dragged nightmare.

One of the indicators determined by the index of economic ranking compiled by The Heritage Foundation and published exclusively by Gazeta do Povo in Brazil is judicial effectiveness. In this category, Brazil has a score of only 51.7, which merely shows in numbers the inefficiency familiar to all those who have ever tried to obtain something from the Brazilian courts.

For many authorities, such as Federal Supreme Court justice Ricardo Lewandowski, this slow pace of the courts is due to the lack of resources. However, in 2017 the total amount spent with the judiciary was R$ 90.8 billion. This is the biggest budget destined to a judiciary branch in the West, with the exception of El Salvador – an underdeveloped country in Central America smaller than Sergipe. Brazil spends 1.3 percent of its GDP on its judiciary branch, much more than other countries, such as Spain (0.12%), Argentina (0.13%), the United States (0.14%), Italy (0.19%) and Germany (0.32%).

Despite so much spending, and the constitutional guarantee of access to the courts, there is a paradox in which there is too much litigation and too little trust in the institutions: only 42 percent of Brazilians trust the judiciary branch.

Many jurists claim this is a Brazilian cultural problem, remembering some 1980s economists who, facing the lack of better diagnoses of hyperinflation, claimed it was a cultural aspect of the country. As the 1994 Real Plan showed, the whole plan was caused by institutional problems. This is precisely what is happening with the judiciary: there is so much judicialization that institutional incentives are leading Brazilians to consider more advantageous to go to the courts than to try to seek other forms of conflict resolution.

An attorney and professor at UniCEUB, Ivo Gico Jr., who has been researching the issue for years, states categorically: “There is no empirical evidence that points towards the existence of a litigation culture in Brazil. This is a magical explanation for those who don’t want to face the real problems of the Brazilian courts.”

Insper professor Luciana Yeung, who has been analyzing the Brazilian judiciary for over a decade, agrees. “This is a very easy path, let’s wash our hands and do nothing. Every time we say the fault is in our culture, it implies that ‘nothing can be done, we will all die like this’. The incentives – direct and indirect, material or non-material – are integrally taken into account,” she says. “I find it extremely difficult to accept that Brazilians have a more litigious culture than the Germans, French, Portuguese, or Spanish. Even though I try to believe that, we are not that special when compared to other cultures.”

It must be pointed out that, according to the National Justice Council, over half of all processes pending in the country address tax foreclosures. Tax courts are the main litigants in the country, which restricts the jurisdictional capability for the ordinary citizen. Therefore, most of the judicial efficiency is compromised by the state’s own inability to collect taxes.

However, cases such as the “abará” are symbolic, since they help to explain the incentives which lie behind most judicial processes which overload the Brazilian judicial system.

Yeung attests that, when the judiciary is excessively used by litigants like these, litigants of more urgent causes are discouraged to seek the courts, since they are likely to become time-consuming. “With time, only litigants of cases such as those on the news remain in the judicial system (because they can wait, since they have nothing to lose). The courts have limits, both in human resources and in material ones, and they cannot cater to everyone in an infinite way. Therefore, someone is likely to be left out, perhaps even voluntarily. There is an adverse selection effect.”

Gico Jr., on the other hand, poses other questions: “a judicial lawsuit costs around R$ 3,500. Should society spend R$ 3,500 to pay a problem worth 2 reais?” And he added: “is it reasonable for someone, looking for mental distress compensations, receive an amount 150 times bigger than the loss he had? When this sort of decision is granted, there is an encouragement for the litigation of insignificant figures, since litigating becomes a lucrative deal, especially in small-claims courts, in which there is a gratuity.

The concession of gratuity by the courts may be one of the factors which explain the judicialization, and it is done indiscriminately by Brazilian judges. There are symbolic cases, such as the one where an appellate judge, whose income is bigger than 99 percent of the Brazilian population (which pays him), and is represented by one of the most expensive law offices in the country, obtained favorable votes to be able to be exempt from paying his procedural costs to file an appeal. In a land where judges consider that not even the civil service elite has enough income to pay for its judicial expenses, even among the rare cases of people who pay integral costs are hardly paid, since legal expenses are subsidized by taxes.

Yeung has no doubts that this is one of the factors which encourage judicialization: “even basic models of economic analysis of process and litigation – such as the ones proposed by professors Robert Cooter and Daniel Rubinfeld in the 1970s — have shown that the cost of having access to the courts enter the calculation,” referring to the decision-making process of agents before they chose to file actions. “Another reason which has a direct impact is the probability of winning the cause. If there is a perception that the chances of winning are high, of course there will be an encouragement to judicialize the case.”

Within the fiction of the Brazilian judicial system, in which no one pays for access to it, the cost of the opportunity to file a lawsuit is extremely low. With practically no onus, there is just the chance of winning something when someone files a lawsuit. An ambiguous legislation, along with judicial decisions which do not respect precedents of higher courts, complete the tragedy of our judiciary system.

Gico Jr. has a work published in the Economic Analysis of Law Review with a symptomatic title: “For Free, even an Injection in the Forehead: a judicial-economic analysis of court gratuity”. The work analyzes the theoretical structure of incentives to litigants and the conclusion is that, despite the fact that legal gratuity may grant free access to the judiciary to the poor, since it is granted unrestrictedly, this gratuity may lead to frivolous and temerarious lawsuits.

In the face of that, to obtain a better institutional improvement in the national judiciary, it is necessary to change the incentives which exist today for this judicialization.

In order to do that, Yeung attests that “in its hurry to do ‘justice’, the judiciary ends up taking ‘myopic’ decisions. But in these instances, the judges do not realize the contrary effect they generate, in which the result is precisely causing harm to the people they initially wanted to protect. Judges may opt to found or not their decisions on consequentialism, but the unchangeable truth is that their decisions generate consequences. Overprotecting consumers, workers, and those who are ‘socially weaker’, causes all incentives for people, companies, and organizations, in an extremely short period of time, to be directed towards taking defensive measures against such individuals. In the end, they are the ones who pay the biggest price.”

Gico Jr. believes these improvements in the judiciary must necessarily undergo two main factors: an increase in judicial security, and technological solutions. “Judicial security is the first step: the more predictable are judicial decisions, the smaller will be the number of litigations, since people will know how the judiciary will behave, and will try to adapt their conduct to probable judicial decisions.”

For him, using artificial intelligence and automatizing all possible tasks are tools which might be more revolutionary than judicial security. “There is no reason why summons shouldn’t be automatic, and decisions regarding court orders shouldn’t be made by robots whenever they consider the case to be more or less complex. Whenever we automatize as many tasks and activities as we can within the judiciary, combined with judicial security, we will have an increased productivity. From a technological point of view, our judicial system is still in the 1920s. We need to advance 100 years in 5: automatize everything, as much as we can.”

It must be stressed that the new Consumer National Secretariat (SENACON), headed by Luciano Timm, is committed to the production of an environment of legal non-compliance, and in which only residual cases are sent to the judiciary. This diagnosis has been presented during the latest meeting of the National Consumer Defense System (SNDC), which was held last week in Brasília.

SENACON is investing in spreading mediation tools between consumers and companies, in order to avoid judicializations, such as the website consumidor.gov.br, where citizens and companies can solve in a more speedy way their issues.

Advances, but not so much

In a quest to improve the judiciary, in 2015 the new Civil Process Code was approved. It addresses all rules regarding processes, such as deadlines to be followed by all parties and the list of appeals available.

Gico Jr., who addressed the issue in his book “Princípio da Eficiência: conteúdo e aplicação – análise econômica do processo civil”, still being written, analyzes that the new processual diploma had a generally positive outlook: “it made the process a bit more efficient, in the sense that it advances more quickly, but this improvement is not substantial. I see it as a marginal improvement.”

His analysis is that a major part of the problem is not the law, but how judicial administrators (judges and court auxiliaries) manage the process. It is a much more administrative process than a judicial one.

“The civil process won’t save the judicial one. We need an immediate management shock, and use all technologies available to make access to the courts widespread. The only way we can do it, to truly make it democratic, is to use the same mechanisms used by all companies to advertise their products and services: artificial intelligence and automation. This is the future, and the only way for us to make the Law reach everyone equally,” he concludes.

READ IT IN PORTUGUESE