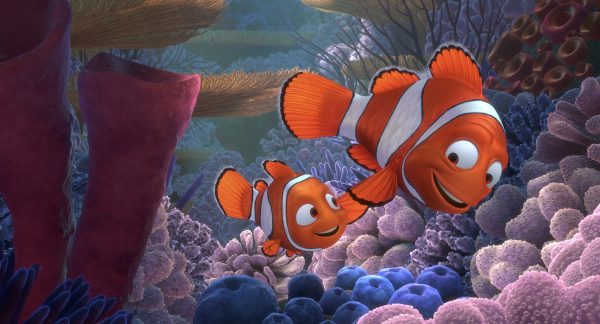 Used to watch “Finding Nemo” on streaming, 6-year-old Miguel went into a crisis when the movie left the service catalog on January 1

At the beginning of 2019, confectioner Fernanda Torres Kotona faced a problem which, for her, seemed almost unsolvable. The streaming service Netflix removed from its catalog “Finding Nemo”, the favorite movie of her son, six-year-old Miguel Torres.

The boy, diagnosed with autism since he was two, has been watching the movie five times a day, and was used to looking for the title on his own and pressing the play button. Help, however, came quickly than Fernanda predicted, from a complete stranger through the internet.

When she tagged Netflix’s and Disney’s profiles on a Facebook post last week, requesting the return of the movie and explaining her son’s situation, 30-year-old Fernanda, from Sorocaba (SP), was surprised by the answers, especially one from Rodrigo Lima, a service desk worker from Carapicuíba (SP). The young man placed his services at her disposal, and explained to the mother what she could do.

“How about recording a DVD with the Nemo movie and creating a personalized menu that looked just like Netflix’s menu, so he could play the movie? I think that could be possible, I could try to do it,” said the young man in his comment.

“What [Rodrigo did] was very beautiful, because it is very hard for people to become touched and understand Miguel’s situation. People told me to buy the DVD, download it from the internet, but it’s not that simple, because he is used to a certain pattern. He would cry, complain, ask me to put the movie on for him, and there was nothing I could do. Then Rodrigo came along, and recreated the menu. It was really, really nice of him,” told Fernanda in a telephone interview to Viver Bem.

The impression the mother had, according to her report, was that that attitude didn’t take too much of Rodrigo’s time, but, for her, it was precisely the solution she needed.

“It is rare for people to identify themselves with the cause and become moved enough to do something. Many people criticized, thought I was spoiling my son, but that’s his pattern. The world is so devoid of beautiful attitudes, that when someone dedicates themselves in such a way it is really moving,” tells Fernanda, who also remembers people who offered to donate their Nemo dolls, or the movie’s DVD.

Fernanda Torres Kotona with her son, Miguel: the confectioner wrote an appeal for Netflix to return the movie “Finding Nemo” to its catalog, and received help from a stranger.

Miguel still wasn’t able to watch the Nemo movie the way he liked, because the link sent by Rodrigo to Fernanda was used to download the movie, but she still wasn’t able to record it in a DVD. But as soon as it is ready, the mother said she will record her son’s reaction and send it to those who have been following their story in the last few days.

“For some, it may seem like an ordinary attitude, but for me, it had an enormous meaning. I hope Rodrigo is blessed by something really, really good, he deserves it,” Fernanda says.